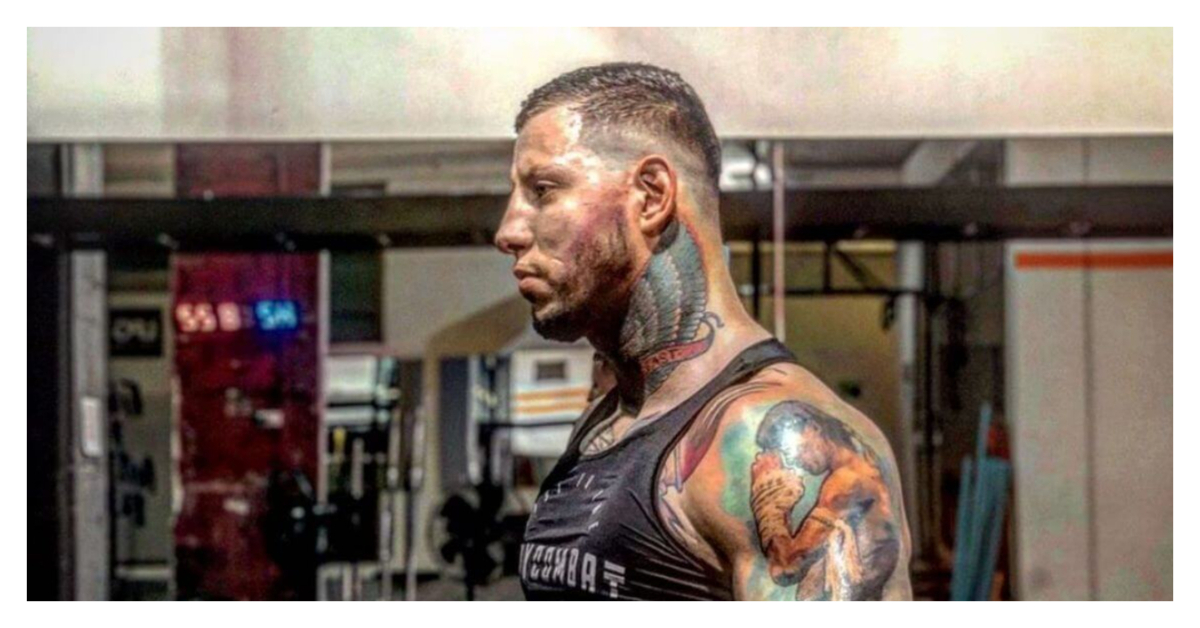 Askar Mozharov is scheduled to make his UFC debut at UFC Vegas 56 on Saturday, but the Ukrainian-born fighter has found himself under scrutiny after his record on the fighter-tracking website Tapology was changed multiple times leading into his promotional debut.

Previously, Mozharov’s record on Tapology was 25-7. The record was changed to 21-11 after four of the previously reported wins were thought to be inauthentic. The record changed yet again to 21-12 after a win over The Ultimate Fighter: China star Wang Sai in 2016 with authenticated.

However, the controversy didn’t end there as Mozharov’s record on Tapology was changed yet again. This time, it was adjusted to 19-12, a far cry from the record of 25-7 that likely attracted interest from the UFC. Tapology site manager Steven Kelliher posted on Twitter to address the changes to the fighter’s record recently.

“UFC signee Askar Mozharov’s record has been significantly revised, as new information has come to light regarding several wins and losses.”

More details were revealed by Jay Pettry of Sherdog.com who shared a history of messages received by Askar Mozharov and/or his team in an effort to wipe losses from his record, claiming the fight never took place. In one example provided here, a person claiming to be a promoter for Full Metal Dojo by the name of Jormur Bankonkong contacted Sherdog claiming that a bout between Mozharov and Marcelo Tenorio never took place.

“In my tournament, they added a fight that was not there. Please clean,” Bankonkong wrote in the request.” Unfortunately for Mozharov and his team, the fight is available to watch online confirming that not only did the contest take place, but that Mozharov lost the bout via submission in 42 seconds. What’s even more interesting is that there is no promoter for FMD named Jormur Bankonkong.

This is far from the first attempt that Asakr Mozharov has tried to commit fraud. As his requests were further scrutinized, he got more creative. In 2016, Mozharov was submitted in 79 seconds by a fighter named Fan Rong at an event called The Legend King Championship in China. In a rather childing attempt to scrub the loss from his record, Mozharov or someone associated with him doctored a flier of the event replacing himself with another fighter named Hassan Atagayev.

While Mozharov’s attempts to eliminate legitimate losses from his record were simplistic, and sometimes childish, his attempts to cash in on fictional wins required a little more effort. Aside from going through multiple name changes (Mozharov previously went by the names Artur Sadkov, Artur Shadkov, and Arthur Shadakov) Mozharov reported multiple wins for a fictitious promotion named ‘Mung Mung Championship, a promotion that faked its way into being by utilizing the same initials of the very real promotion, Mars Martial Championship.

Mozharov would submit phony results from the event to increase his win record. He once reported a win on the Ukrainian regional circuit. The only problem is, that the venue where the event allegedly took place was permanently closed prior to the “event” taking place.

Askar Mozharov Addresses Accusations Ahead of His UFC Debut

With Mozharov’s record coming under scrutiny just days away from his UFC debut, the fighter attempted to clear the air on his record change.

“I spent so much time since the age of 18 fighting professional fights and pretty much fighting everyone that I could,” Mozharov said. “I don’t build my record or whatever, but a lot of the fights I had were in China. Those organizations don’t add fights after, so you have to really pursue it to make sure that they add the fights that you had and make sure that you have it on record.”

“This is actually a situation that, in the last seven, eight years, no one mentioned anything. No one said anything. Now that I get up to the biggest promotion, to the UFC, I guess someone or one of the admins wanted to show themself. It’s a little bit weird, right?”

“Aside from that, it’s just some situations that I had basically when I was starting this career. I wasn’t even fighting MMA and I took some semi-pro fights. I didn’t know that they were going to be counted toward my record. That was under my name before. When I had a stepfather, I changed my first name. I changed my last name. So there was a little bit of a mix-up with that, but I just focused on the fights and nothing about these records. They don’t really mean much.”

The UFC has not yet commented on the controversy. At this time, Mozharov is still scheduled to compete at UFC Vegas 56 against Alonzo Menifield.