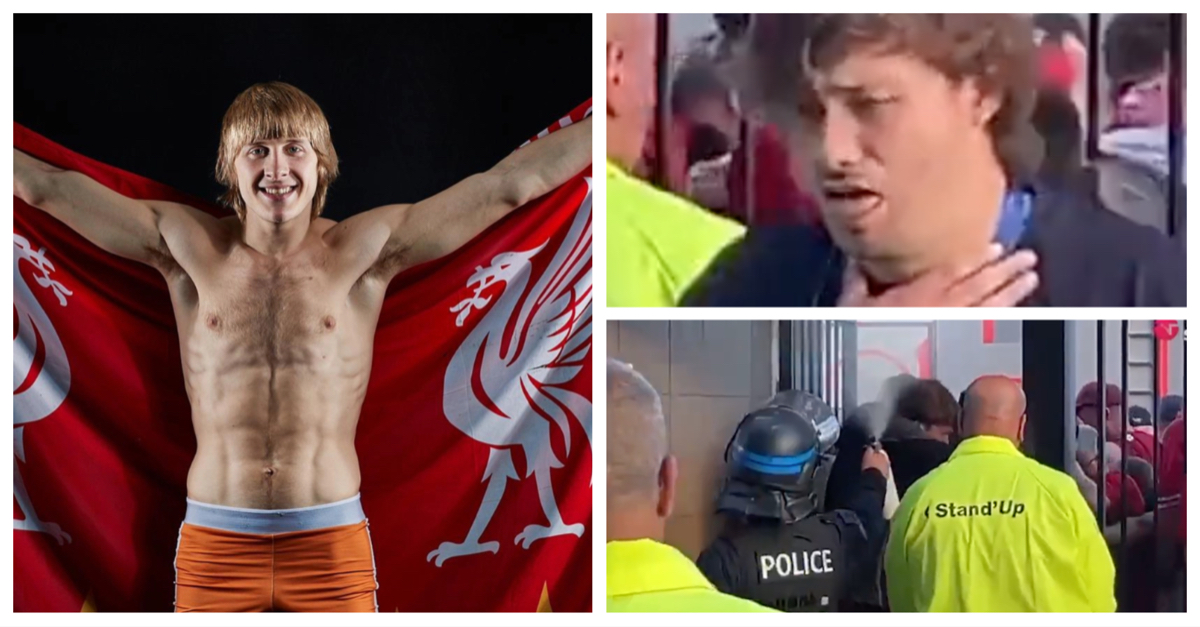 UFC Lightweight Paddy Pimblett (18-3 MMA) recently expressed concern for his own safety after attending this year’s UEFA Champions League final between Liverpool and Real Madrid this past weekend.

Paddy Pimblett’s boyhood club, Liverpool came up just short of winning their seventh European cup after a second-half counterattack goal from Vinicius Jr, which helped the Spanish giants to their 14th triumph of the competition, the most by any club in its history.

However, the scenes outside the ground before and after the game wistfully overshadowed what is supposed to be a grand occasion, as many fans were forcefully turned away from entering the Stade de France, where the game was being hosted.

The French authorities in Paris have claimed the disruption was caused by an excessive amount of fans – up to 40,000 – who were trying to force entry into the stadium who either possessed a false ticket or had no tickets at all.

Liverpool fans have claimed they were attacked with pepper spray and tear gas by the French police. It has been further reported that the French police took no authority nor action to protect the traveling fans whilst they left the stadium.

Paddy Pimblett, who was in attendance to watch his team play, took to his social media where he stated it was the first time in a long time he feared for his own safety, where he describes organized gangs outside the stadium that were there to rob the ‘vulnerable’ fans leaving the ground.

“First time in a very long time I’ve actually been worried about my own safety & I can look after myself! It’s different when there’s groups of 30 men running around wielding machetes robbing people at knife point and beating up defenseless old men.”

The 27-year-old further added, “Madrid and Liverpool fans are not to blame for anything on Saturday. These were the scenes as I left the ground. In general fear you would be attacked by 20 men with weapons luckily enough we stayed in a pack, and they didn’t come near us, just picked on vulnerable old men on their own.”

Boris Johnson and British Government have called for further investigations to take place into the situation that unfolded at the match, as they believe UEFA’s statements regarding the situation done “chime” with the experience of the fans that were in Paris.

What are your thoughts on Paddy Pimblett’s experience?