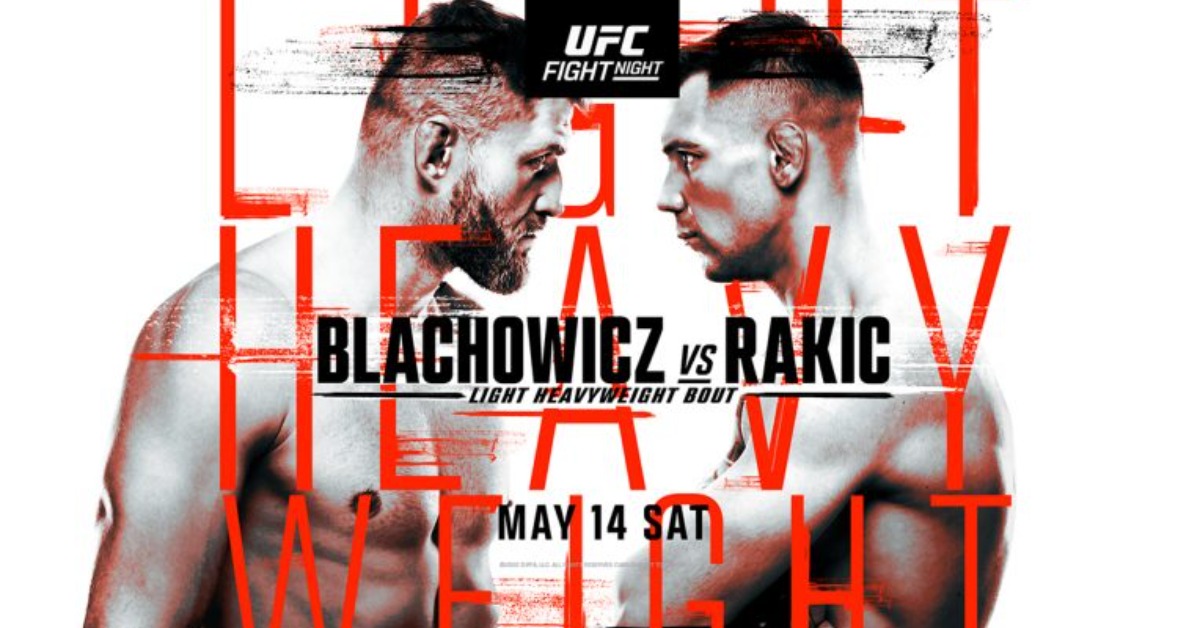 LowKick MMA will be bringing you UFC Vegas 54: Blachowicz vs. Rakic results throughout the night (Sat. May 14. 2022) live from the UFC Apex facility in Las Vegas, Nevada.

For Rakic, the Vienna native has landed two victories since his sole Octagon loss, rebounding with a pair of unanimous decision wins over both one-time title challengers, Anthony Smith, and common-foe, Thiago Santos. Rakic has been out of action since March of last year where he defeated Brazilian striker, Santos on the main card of UFC 259.