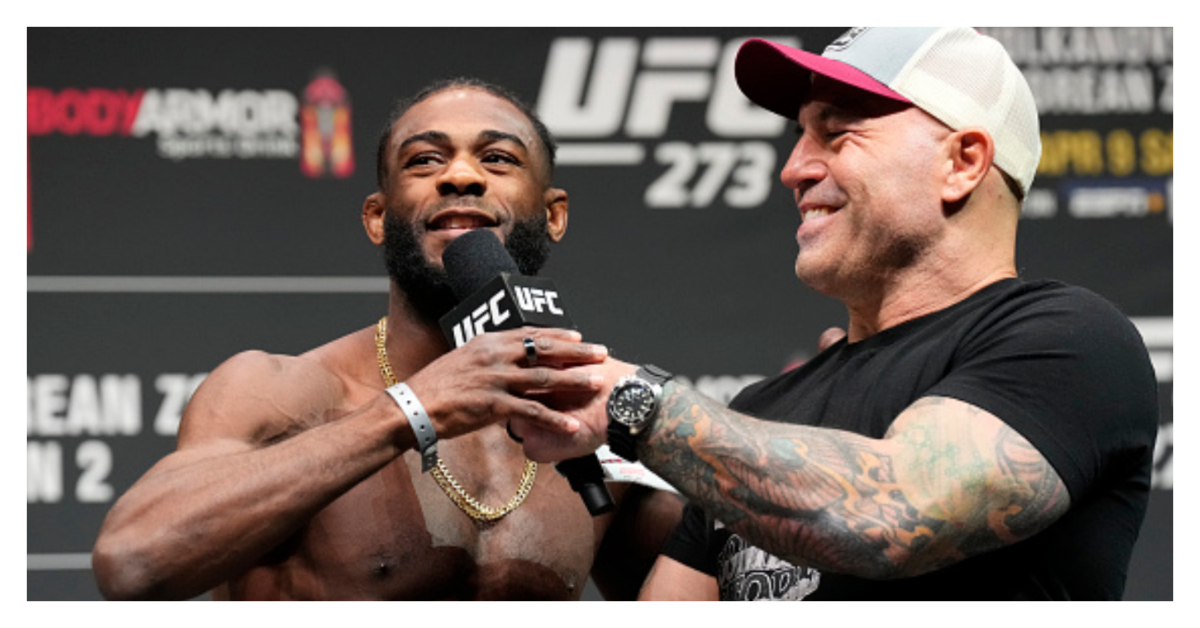 Undisputed UFC bantamweight champion Aljamain Sterling recently appeared on Joe Rogan’s podcast ‘The Joe Rogan Experience to talk about coming back from a neck injury and quieting the critics after his controversial win over Petr Yan at UFC 259.

Kicking off the conversation, Rogan asked ‘Funk Master’ if the neck injury had been present during the first fight with Yan in 2021.

“Just to give kind of a storyline. College wrestling, freshman year, me and this guy talking sh*t to each other. We call each other out, he’s up a weight class from me, but last year he wrestled the same weight class as me. I’m very competitive. That kid was competitive. We go after it, he slams me, spikes me on my head. I had stingers so anytime I would turn my head, I would find a radiant pain from the crown of my head to all the way down. Each year, it got progressively worse.”

Sterling confirmed that he has consistently had MRIs conducted going back to 2014. Each time, it was in regards to his neck injury. Rather than addressing it, Sterling allowed the injury time to heal through physical training and cortisone shots.

“I go through training, I’m rolling with this guy at 10th Planet. It’s a guy I’ve never trained with before. Jumps on my neck with a guillotine, cranks my neck on a flow roll to warm up. As soon as he did that and the roll was done, I know the rest of this week is shot and I’m probably gonna be out a couple days.”

Despite the reaggravation, Aljamain Sterling moved on with his bout against Yan at UFC 259. Sterling won the fight becoming the new bantamweight champion after Yan landed an illegal knee causing a disqualification.

“After the knee, I started having some atrophy. From the first fight, March 6, 2021, that night we went to the hospital and I texted Dana White and told him I want to have the rematch and get this done and settled the right way. As soon as we can, kind of thing. They were offering me the fight like two months, what was it, March, April, May. And I was like dude, if I was suspended, if that was a legal shot, I would have been [medically] suspended. There’s no way I can fight in May. If it was a legal fight-ending sequence I wouldn’t even be cleared to compete.”

As Sterling tried to get back into the swing of things, he was struggling to do push-ups and hit the bag due to radiating pain down his arms. The herniation was to the extent that if not addressed, Sterling could permanently lose muscle in his arms.

“I could try to be tough and say I’m just gonna go fight. They looked at it again and surgery was the option.”

Sterling had an artificial disc inserted. Since then ‘Funk Master’ said that the surgery took a long time to recover from, particularly with muscle fatigue once he returned to training, but in the end, taking the time to heal properly was the right decision. Sterling returned to the Octagon at UFC 273 in April and scored a split decision victory over Yan to become the undisputed bantamweight champion.

Sterling’s return to the Octagon has not been announced as of yet, but frontrunners to meet him in the Octagon are former champions TJ Dillashaw or Jose Aldo. Sterling has also recently teased the possibility of moving up to the featherweight division in the future.