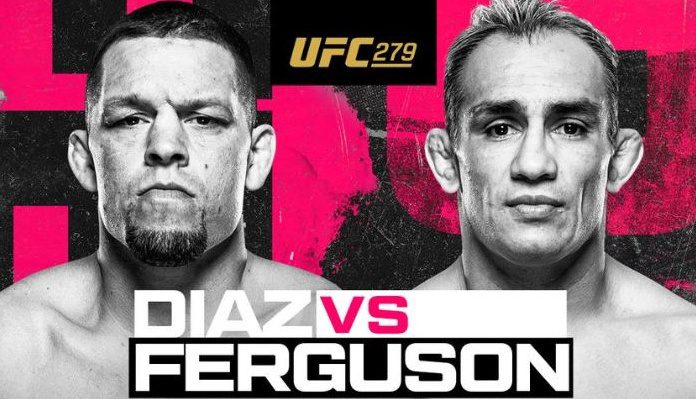 Diaz (20-13 MMA) was originally slated to face Khamzat Chimaev (11-0 MMA) in tonight’s event headliner. However, after ‘Borz’ badly missed the welterweight limit of 171lbs, the promotion decided to switch things up and have ‘The Stockton Slugger’ take on ‘El Cucuy’ instead.

Nate Diaz will enter the final fight of his existing UFC contract looking to snap a two-fight losing skid. The Stockton native most recently competed in June of last year, where he suffered a unanimous decision loss to reigning welterweight champion Leon Edwards.

Meanwhile, Tony Ferguson (25-7 MMA) will enter UFC 279 on a four-fight losing skid, with his most recent setback being a brutal knockout loss to Michael Chandler. ‘El Cucuy’ picked up his last win in June of 2019 when he defeated Donald ‘Cowboy’ Cerrone via TKO.

UFC 279 is co-headlined by a 180lbs catchweight fight between Khamzat Chimaev and Kevin Holland. 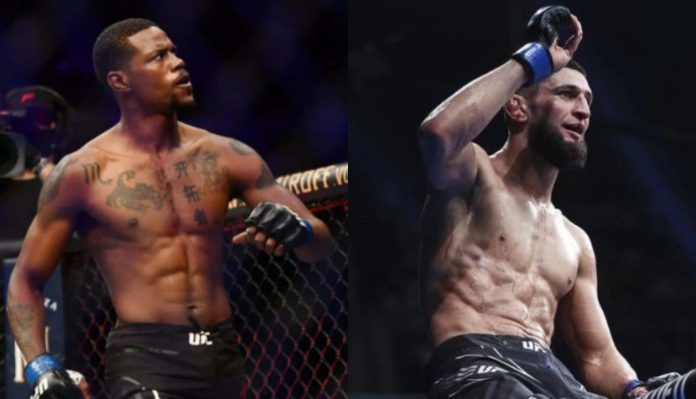 Chimaev (11-0 MMA) will be returning to action for the first time since defeating Gilbert Burns by unanimous decision at UFC 273. ‘The Wolf’ has gone 5-0 thus far in his UFC career, with four of his five wins coming via finish.

Meanwhile, Kevin Holland (23-7 MMA) enters tonight’s co-headliner on a two-fight winning streak, his latest being a submission victory over Tim Means back in June. ‘Trailblazer’ has gone 2-2 with 1 no-contest over his past five Octagon appearances overall.

Get all of tonight’s live results and highlights below (refresh for updates):

Who are you picking to win tonight’s main event between Nate Diaz and Tony Ferguson? Share your predictions in the comment section PENN Nation!