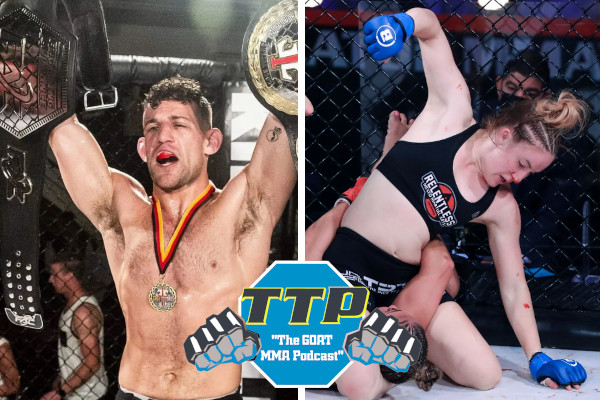 Kicking off this week’s edition of TTP is an interview with Don Shanis. After picking up a big win on Dana White’s Looking for a Fight earlier this year, Shanis was in the dumps. He thought he preformed poorly and was upset with the performance and the missed opportunity. All he did to follow that up was win three fights in quick fashion and book himself his UFC debut anyways. He now fights #12 ranked featherweight Sodiq Yousuff on just two weeks notice at UFC Vegas 61. He talks about the wild ride that all of this was and why he believes in himself every step of the way.

This season of Dana White’s Contender Series is sadly almost over. We’ve had a handful of the fighters on TTP so far this year, and they all bring unique stories and backgrounds. The show is always a great source of talent for the UFC and has produced some potential huge names. We’re counting down our top five fighters to come off of this season of our favorite Tuesday night show. Spoiler alert: one of them was a huge underdog in their fight and produced in a big way (odds via FanDuel Sportsbook).

Closing out this week’s edition of TTP is our interview with flyweight Hannah Guy. Guy chat about her time in The Ultimate Fighter house and why it was a bit difficult to watch it all over again. She shares a bit of how she has worked to overcome some of her social anxiety and believe in herself. She not only shares those powerful messages with listeners, but she also digs into her upcoming Invicta FC 49 fight with Kaitlin Neil. She’s ready to bring the fight and get herself back to where she feels she belongs.