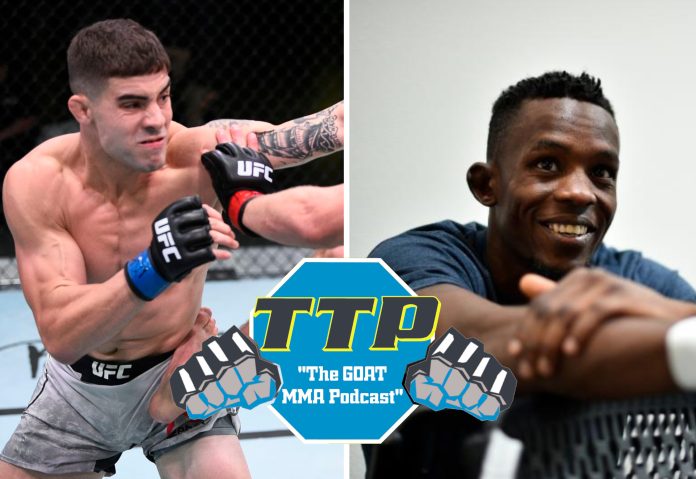 Kicking off this week’s edition of TTP is an interview with Joe Solecki. Solecki is recently coming off his first loss in the UFC after a 3-0 start in the world’s largest MMA organization. He discusses his mentality surrounding that fight – in both how he dealt with the loss and how he tried to return to the things that worked. Plus, Solecki talked about the preparation for his upcoming fight at UFC Vegas 56. He’ll be throwing down with Brazilian Alex Da Silva who is known for having a solid takedown game. With plenty of grappling experience under his belt since his last fight, including a 2-1 run at ADCC trials, Solecki is feeling confident.

After an off week last week, ‘Fights, Dogs, and Parlays’ is back for UFC Vegas 56. The heavyweights are throwing down at the top of this card and we’ve got the breakdown to help you make heads or tails of the action. Plus, we’ll be taking a look at some of the other top fights on this card, including a riveting featherweight co-main event between Dan Ige and Movsar Evloev. And if that’s not enough to get you to tune in, the guys also drop you their dog of the week and a parlay to get you a plus-money return as well. For this segment, odds via FanDuel Sportsbook.

Closing out TTP this week is a chat with Ode Osbourne. The former teacher discusses walking away from the profession after his loss to Manel Kape and how it was the hardest thing he’s had to do. However, that choice led him to being able to train full-time and making a move to Syndicate MMA in Las Vegas, which he believes will take him to the next level. And we talk about wanting to throw hands with Zarrukh Adashev at UFC Vegas 56.