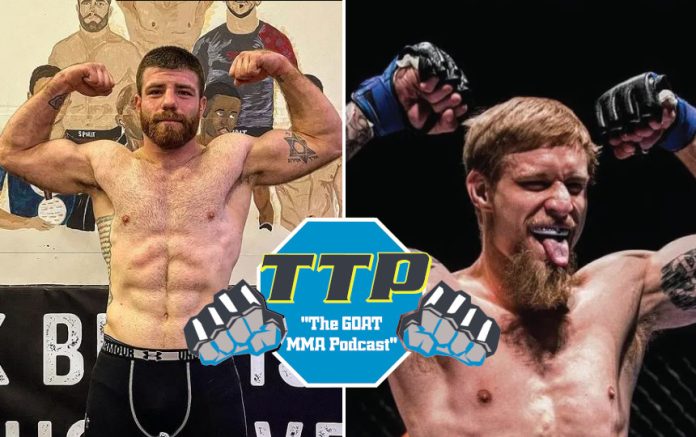 Kicking off the show this week, we’re talking to the hottest prospect coming out of Israel, Eli Aronov. He fights this weekend at Unified MMA 45 and looks to move his record to 6-0. He talks about getting into MMA following a youth career in judo and wrestling. Plus, he talks about how his compulsory military helped lead him down that route as well. He also discusses how he feels it’s his destiny to make it to the UFC (and be a champion) and nothing short of that will be worth it. Plus, he shares a timeline for when he thinks that all will come to fruition.

With no UFC this weekend, we’re getting back to one of our favorite segments of all-time – The Combat Countdown. This week, we’re counting down the biggest ‘What-Ifs” in the history of MMA. There are so many alternative timelines that brought us to where we are today. Fighters who had their careers cut short. Promotional ups and downs that could have tilted just a bit the other way. Not to mention fight outcomes that changed the trajectory of the sport for the rest of time. All mentions of prior fights odd during this segment are from FanDuel Sportsbook.

Closing out this week’s edition of TTP is an interview with top Canadian middleweight, Mariusz Ksiazkiewicz. Ksiazkiewicz fights Eli Aronov this Friday at Unified MMA 45 in Alberta just a month after he headlined and won at LFA 130. He discusses the choice to turn it around quickly. He also talks about his Contender Series fight and how he feels that he should have gotten the ‘W’. However, that loss didn’t slow him down, but motivated him and now he’s on the way back to the big show.