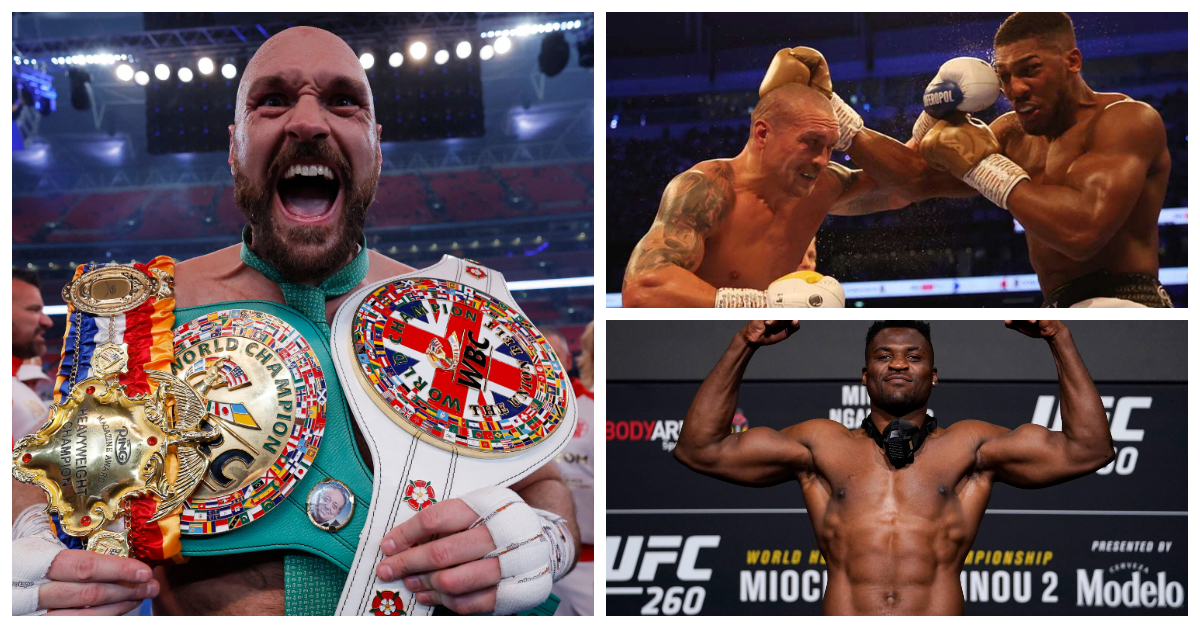 Tyson Fury may get pulled back into action by two possible opponents.

‘The Gypsy King’ made his highly-anticipated return to the ring against WBC mandatory challenger Dillian Whyte two months ago at Wembley Stadium in London on April 23. The pair were familiar with each other having sparred together back in the day.

Fury put on another dominant performance that saw him dispatch Whyte inside six rounds to retain his WBC heavyweight world title. The 33-year-old Englishman handed Whyte his third loss by KO with a brutal uppercut that sent him face first to the canvas.

Tyson Fury may be enticed to return

Following his sensational win, Tyson Fury was expected to take on the winner of Anthony Joshua’s rematch with Oleksandr Usyk. However, he announced his retirement from boxing in the post-fight celebrations and invited the UFC heavyweight champion Francis Ngannou to the ring.

The two giants have plans to clash sometime next year in an exhibition bout which brings his retirement into question. US promoter and Top Rank president Todd DuBoef believes that a megafight with Ngannou could be on the horizons and revealed another opponent that might entice Fury to return.

“I think there is obviously a lot brewing about the rematch between AJ and Usyk,” DuBoef told SkySports. “Obviously that has always been on his and everybody’s target, but I think at this point there is nothing to be talked about because he hasn’t determined what he wants to do.

“Maybe the winner, when that fight happens, can pull him out, or maybe something else can be motivational like Ngannou.”

DuBoef shared his opinion and made it clear that he can only speculate as the final decision will lay with Tyson Fury.

“We saw Francis Ngannou get in the ring and it was kind of bizarre that the guy was retiring but the MMA heavyweight champion was getting in the ring to talk smack – which one are we doing here?

“But is it going to be he just sits in the South of France on the beach there and enjoys it? That again, I am speaking for him and that is a difficult position for me to be in to speak on what his feelings are.”

While Tyson Fury may appear to be happily retired, DuBoef believes that the competitor in him will bring him back into the ring again.

“I think he has climbed the mountain and he has done so much since his return to boxing, and I think that final piece of 94,000 at Wembley is almost like ‘I got to the top, this is Everest’ and he has accomplished a lot,” DuBoef added. “So, where he goes and who motivates him and what motivates him is again his own interest.

“He is a competitor and like most athletes in their prime they want to shine, and they want the attention and hopefully he will have that craving and desire that he wants to get back into the ring.

“And if not then he may just say ‘hey, I want to look at something else or do something different in my life.’ But I think those are his decisions.”

Would you like to see Tyson Fury return agianst Francis Ngannou or the winner of Joshua vs Usyk?