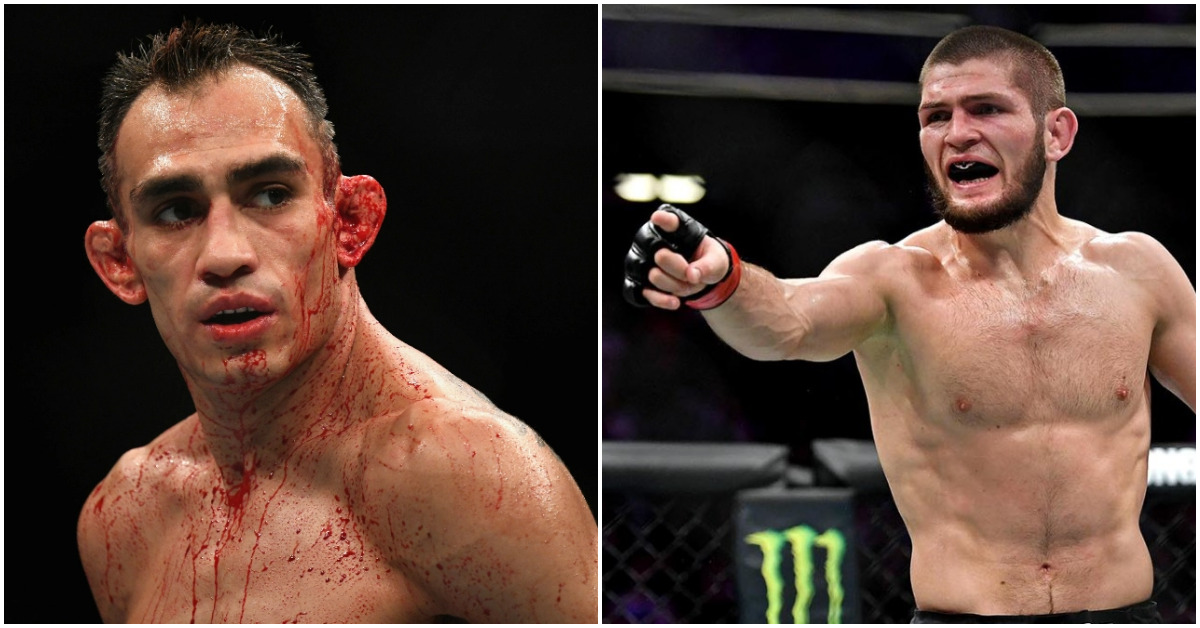 Coming off the first knockout loss of his glittering career, Ferguson returned to action after about a year against Michael Chandler at UFC 274. While many people doubted ‘El Cucuy‘ going into the bout, he looked phenomenal in the first round. Ferguson may have dropped four in a row but he’ll be going nowhere as he regroups for his comeback.

In an interview with Submission Radio following UFC 274, Tony Ferguson expressed his desire to compete against the undefeated Dagestani in some form of sports activity in the future.

“Maybe one day. You know what I would like to do? I’d love to coach against him on The Ultimate Fighter,” Ferguson said. “That’s what I would really love to do. Abso-f**king-lutly. And if we don’t fight, I would love to be able to compete on him with whatever. Wrestleball. Like, in basketball, soccer. You put your best team together, I got my team. Any kind of sport.

“You can pick it, Khabib. We’ll go out there and we’ll kick your ass out of due respect. Enjoy your retirement. And I like what he’s doing for the sport. He opened up his own promotion. Got props for him like that. And when he lost his pops, you know, respect for him for that. But yeah, at the end of the day, his dad said that he would love for us to compete.

“So, regardless if that’s MMA or any sport, chess, checkers, fucking cars, it doesn’t matter. I have enough respect or enough cool to not go over there and kick his ass, but enough to be able to shake the man’s hand and sit down at a game table and to play a game like that. That’s man shit.“

Having been matched up against one another a total of five times, the bout between Tony Ferguson and Khabib Nurmagomedov is one that’s cursed by the MMA gods. The pair were first scheduled to fight in 2015 for the finale of The Ultimate Fighter Season 22. Nurmagomedov was going into the bout 22-0 with six UFC wins but hadn’t competed in over a year due to a knee injury. Khabib ended up pulling out of the bout due to a rib injury that caused a retirement scare.

For the second time around in 2016, Ferguson was forced to withdraw citing an injury after the headlining fight fell apart. In 2017, they were slated to take on each other for the third time with the interim lightweight title on the line. However, Khabib had to pull out after being hospitalized prior to the weigh-ins due to weight management issues.

In 2018, a fourth attempt was made to put together Ferguson-Nurmagomedov but to no avail. Ferguson needed surgery on his lateral collateral ligament and was forced to pull out.

The fifth and final shot at making the fight happen was at the end of 2019 when the UFC announced its plans to host them in April 2020. Unfortunately, the whole world was brought to a standstill and so was the dream of seeing them square off in the cage due to the pandemic.