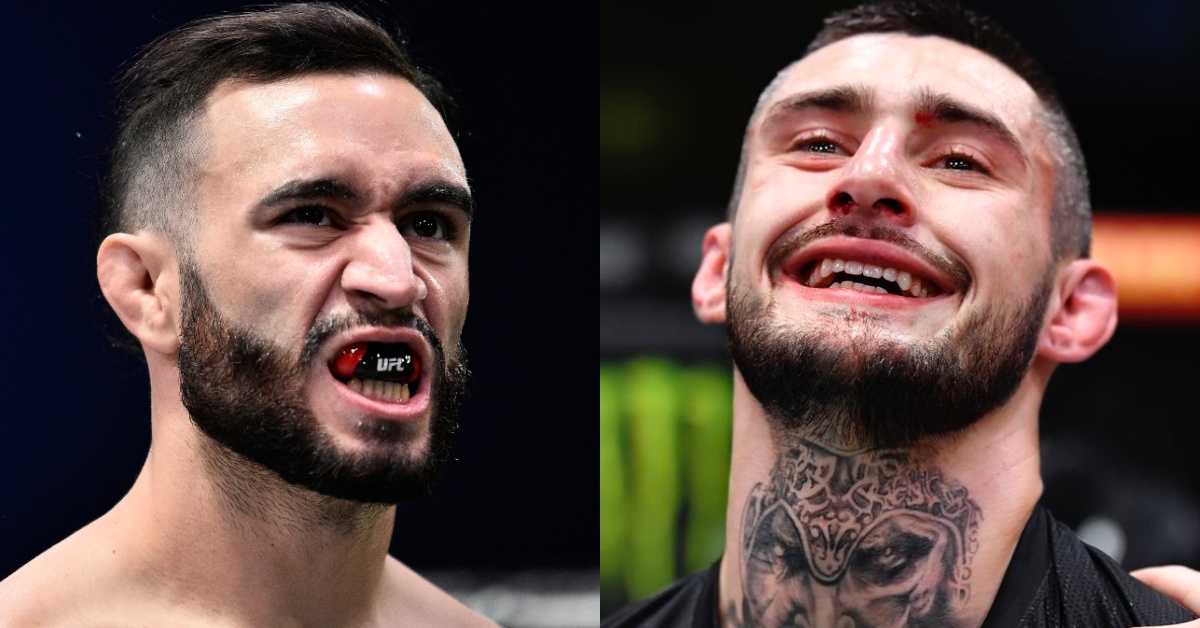 A fan-friendly featherweight matchup between the #14 ranked division contender, Shane Burgos, and the surging Canadian upstart, Charles Jourdain has been added to an upcoming UFC Fight Night Long Island event on July 16. – from the UBS Arena in Elmont, New York.

Rebounding to the winner’s enclosure following a third career defeat, Shane Burgos, a native of The Bronx, most recently featured on home soil at UFC 268 in November at Madison Square Garden, defeating Billy Quarantillo in a unanimous decision showing. Both Burgos and Quarantillo were heralded post-fight for their Fight of the Year contender showing.

Landing his second consecutive victory at UFC Vegas 52, Jourdain managed to stop the wily, Lando Vannata with an impressive opening round guillotine victory. The win came as Jourdain’s thirteenth professionally.

Eurosport reporter, Marcel Dorff was first to report the location and date of Burgos’ matchup with Jourdain, with Cageside Press reporter, Alex Behunin previously reporting the promotion’s intention to book the two featherweight contenders opposite each other.

Prior to his win over Quarantillo, Shane Burgos battled over the course of two gruelling rounds against Muay Thai ace, Edson Barboza, before dropping an early third round knockout defeat in one of the most bizarre finishing sequences in recent memory.

Touted as a major player at 145lbs, Burgos’ other professional defeats have come against division striking aces, Josh Emmett, and Calvin Kattar – while notching impressive wins of his own against Charles Rosa, Cub Swanson, and Makwan Amirkhani.

A proficient finisher, Jourdain has managed to land eight knockout successes to go with a further four submission wins over the course of his 18 fight professional career.

Landing in the UFC back in May 2019 in ‘The Big Apple’ to boot, Jourdain has since scored a quartet of Octagon successes, defeating the above mentioned, Vannata, Andre Ewell, Marcelo Rojo, and Choi Doo Ho.