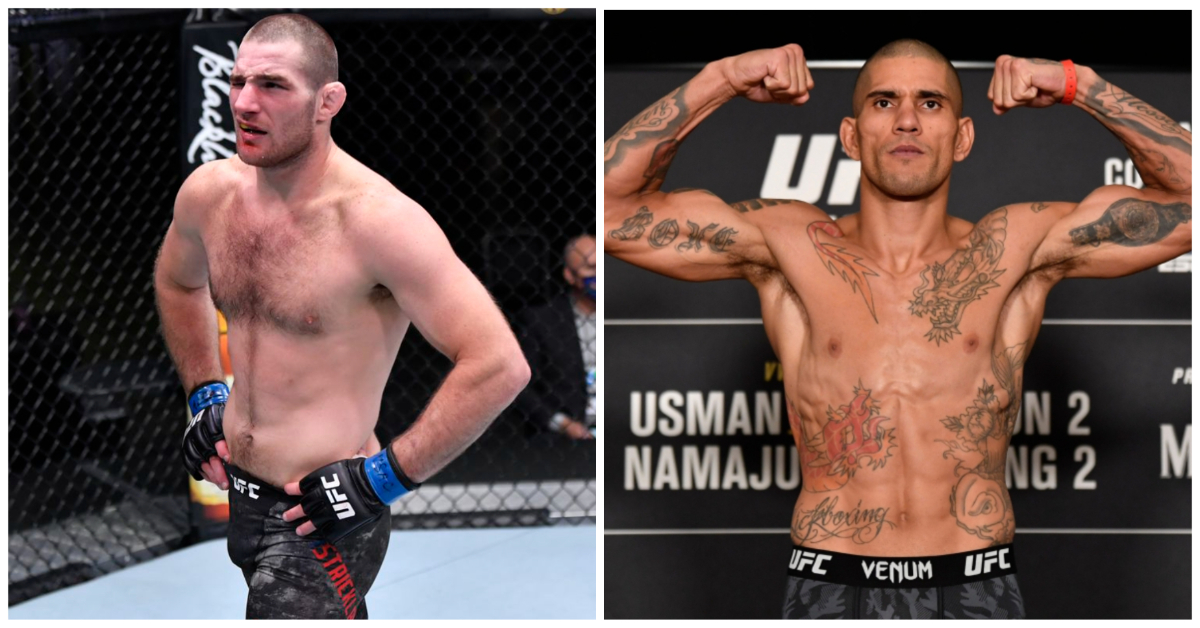 Israel Adesanya’s head coach, Eugene Bareman, believes Sean Strickland is deserving of a title shot, unlike Stricklands’ current opponent, Alex Pereira, who also happens to be a former adversary of ‘The Last Stylebender.’

UFC 276 will be home to a pair of intriguing middleweight matchups, in the main event, the reigning 185lb champion, Adesanya, will aim to make his fifth event against the heavy-handed Jared Cannonier.

In the middle of the main card, No.4 ranked Sean Strickland will look to fend off the unranked Alex Pereira, who gained notoriety when he came into the UFC, as he holds two wins over Adesanya in kickboxing, one of which was by vicious KO.

Sitting down with Submission Radio, Bareman suggested that in terms of the matchup of Pereira Vs. Strickland, only the latter would deserve a title shot.

“I think Pereira’s just another fighter trying to make his way to the champion who’s beat the champion in a completely different sport,” Bareman continued. “I just don’t think Israel even thinks about it too hard. I definitely don’t.

Although ‘Poatan’ does hold two wins over Adesanya, Bareman says that it doesn’t bother the champion, in fact, ‘Stylebender’ doesn’t even think about it, let alone have revenge plotted out.

“It would be nice for Strickland to win, because Strickland’s body of work is good enough to fight for a title. Whereas if Pereira wins, he’s still gotta do more work,” Bareman told Submission Radio. “I wasn’t involved in the fight. So, I don’t have some deep-seeded need to go and beat up Pereira because we lost to him. We had a match with Pereira and lost fair and square in those matches. That’s the life of a fighter.”

Does Sean Strickland deserve a title shot if he beats Alex Pereira?