Santiago Ponzinibbio ‘pissed off’ at judging in loss to Michel Pereira Santiago Ponzinibbio ‘pissed off’ at judging in loss to Michel Pereira

Santiago Ponzinibbio is not happy with the way his recent fights have unfolded.

The veteran UFC welterweight is frustrated to find himself on a two-fight losing streak despite feeling he was the rightful winner in both outings. Ponzinibbio (28-6 MMA, 10-5 UFC) is coming off split decision losses to Geoff Neal, and most recently, Michel Pereira in the co-main event of last weekend’s UFC Fight Night 206. This is the first time the Argentine fighter has had consecutive losses in his 14-year career as a professional.

The fight against Pereira was a closely contested bout, which earned both fighters $50,000 in Fight of the Night awards. Ponzinibbio feels he did enough to get his hand raised.

“When I was in there fighting, it’s the same (scoring I had) as when I rewatched it,” Ponzinibbio told MMA Junkie. “First round I put pressure and I controlled the distance. But he moved and it was difficult to maintain the distance, and he landed a couple more punches, and he won the first round, for sure.

“The second round I closed the distance. In the first minute and a half, he take the activity, but after that, I started to work more and put more pressure and control the center of the cage. It was a very close round, but after a minute and a half, I controlled the center of the cage, I gave a couple more punches, a couple of more kicks. It was a very even round, but I had a couple of more punches in my favor. In the last 20 seconds, I put a takedown and scored points. And with this, I thought I won the round.”

During the fight, Ponzinibbio wasn’t alone in thinking he earned the nod on the scorecard, as his corner also believed his work should have taken the round.

“When I go to sit (in) my corner, (they) told me the same, ‘It’s one to one. We need the third round,’” Ponzinibbio said. “When I go out in the third round, I closed the distance and he started first, but after that, I put good pressure, good punches, and kicks. I put more than double the punches and for sure I won the third round. … I rewatched the fight and I’m still thinking we won the fight.”

At 35 and having missed a few years of competition from 2018 to 2021 due to illness, Ponzinibbio can’t help but feel mad about the results at this crucial point in his career.

Ponzinibbio feels judging is not in a good spot in the sport and doesn’t think judges understand how far back a loss can set a fighter.

“I’m coming off two losses in a row and both of them I lost them by split decision and I think I won both fights,” Ponzinibbio said. “As of my last fight, (even) the champion Kamaru Usman made a Tweet saying I won the fight and I was more aggressive.

“I’m pissed off for the judge who have no idea how much work there is behind the fights and they put you one, two, three steps back in the career and that’s how we lose money. We make half the money. That’s bad. Some judges are terrible.” 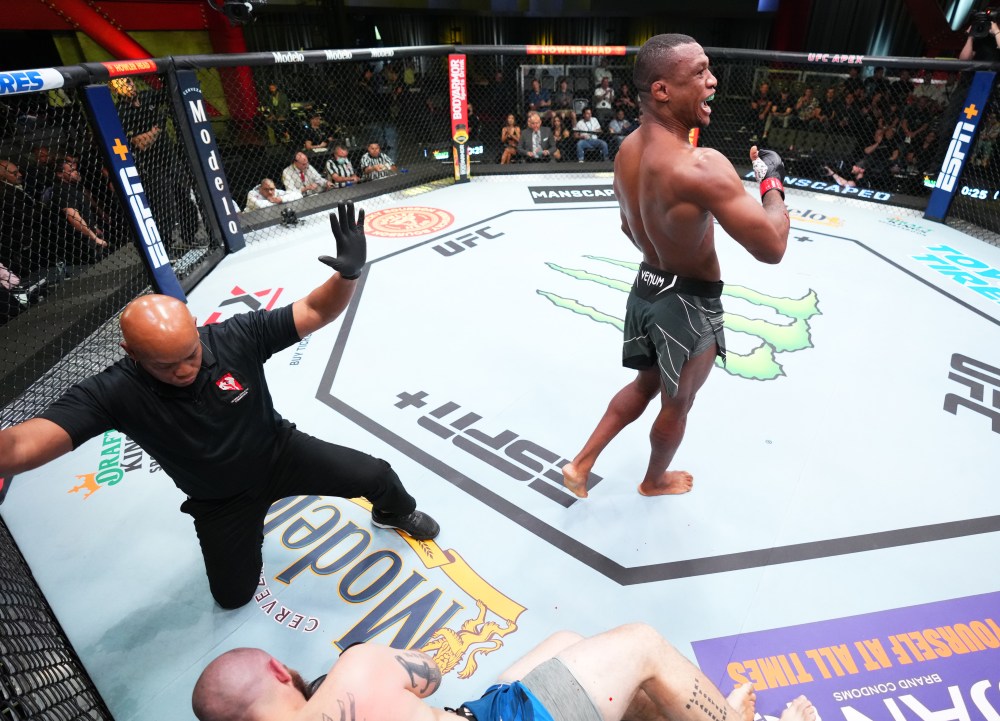