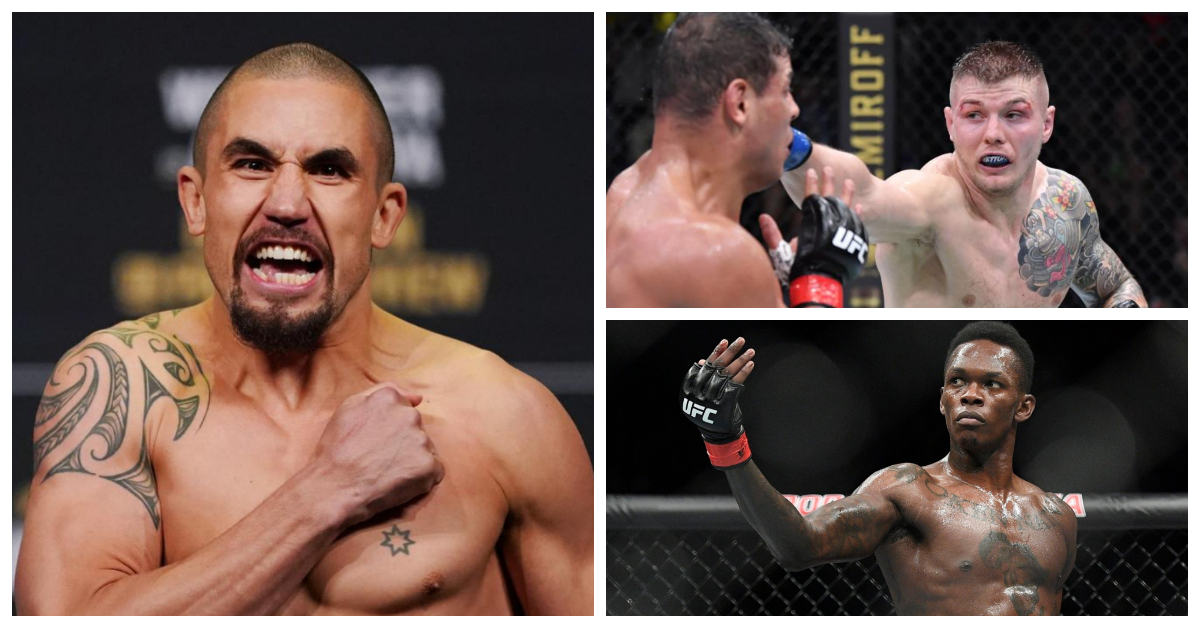 Former UFC middleweight champion Robert Whittaker is looking to get another run at the reigning king Israel Adesanya.

Originally scheduled to face Marvin Vettori at UFC 275 in Singapore two weeks out, Robert Whittaker was forced to withdraw from the bout due to an injury picked up in training. Vettori was far from pleased upon hearing of the news and wasted no time in making his feelings clear as he called out the ‘Smash Brothers’.

After reports suggesting the bout had been rescheduled spread around, the UFC made the official announcement to pit ‘The Reaper’ against ‘The Italian Dream’ at UFC Fight Night Paris on September 3.

In an interview with Fox Sports Australia, Robert Whittaker talked about his upcoming fight with Marvin Vettori for the promotion’s debut show in France.

“Just recently it’s finally got to a point where I’m no longer feeling pain in sessions, and that just doubles down on the confirmation that I made the right choice pushing the fight back,” Whittaker said. “I am also lucky that I was able to push the fight back, the same fight, because I’m only just getting into the full swing of training now and the (originally planned) fight is in two weeks.

“He (Vettori) was just having a whinge, but if there’s anybody who understands loving a good whinge, it’s me,” he laughed.

Whittaker sees his bout with Vettori as a top contender fight

Being the number one ranked contender at 185 lbs, ‘Bobby Knuckles’ was disappointed when the initial outing was postponed. He believed that Vettori and himself did not have much of a direction other than colliding. In what can be viewed as an eliminator match, the winner of the pair’s clash will likely challenge for the belt against the one who comes out on top at UFC 276.

Having already faced and lost to the champion twice, getting another crack at the title might seem unrealistic for Whittaker although he feels like he can get another shot at Israel Adesanya based on Alexander Volkanovski’s third outing with Max Holloway, a contender ‘The Great’ has dispatched twice as well.

“I definitely think a trilogy is possible primarily because of the Holloway-Volkanovski trilogy fight going ahead,” Whittaker said. “Especially considering how close my fight was with Izzy last time, I definitely think that is a very real possibility.”