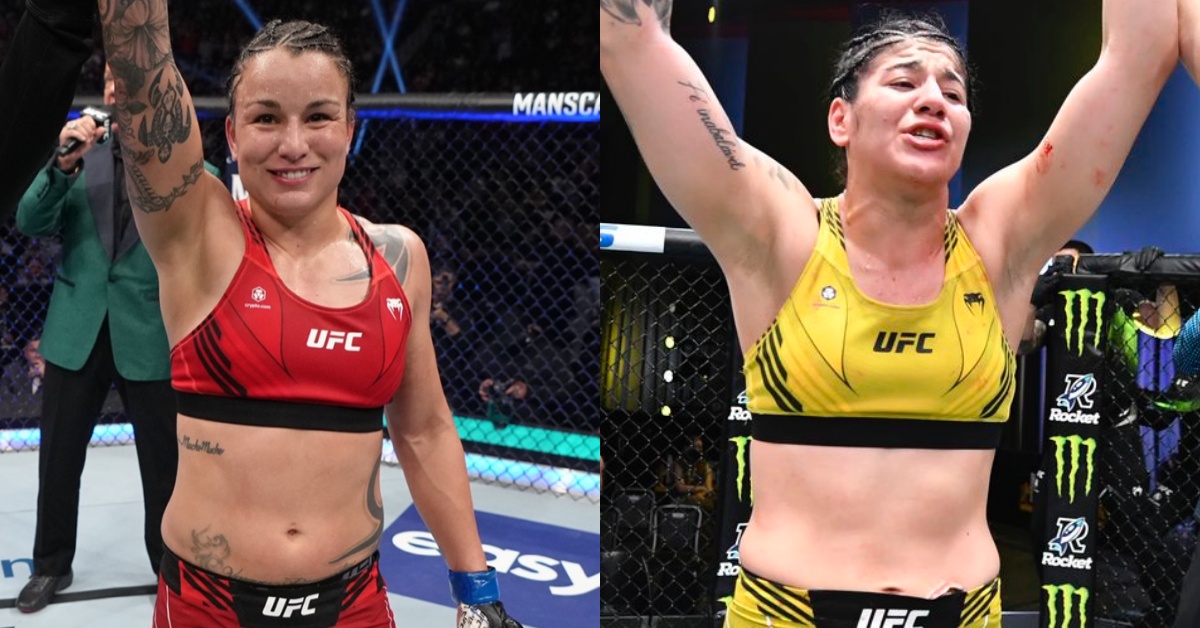 One-time UFC bantamweight title challenger, Raquel Pennington has made her intentions for her next Octagon outing clear; a division title-eliminator against surging Brazilian contender, Ketlen Vieira – in a bid to land her second title challenge at 135lbs.

Featuring most recently at UFC 273 in April, Pennington managed to defeat division contender, Aspen Ladd over the course of three rounds in a unanimous decision success.

Raquel Pennington eyes a title-eliminator in her next UFC outing

Speaking on her intentions to land a high-profile matchup next, Pennington, who initially set sights on fellow one-time title chaser, Sara McMann, then floated a potential pairing against Vieira.

“I just feel like, Sara’s (McMann) on her own grind, and within the top-10 – but really I think the real, title-eliminator match would be against Ketlen Vieira,” Raquel Pennington told LowKick MMA reporter, Nikhil Sharma.

“I actually wanted to fight her, I was trying to fight her,” Raquel Pennington said of a fight with Ketlen Vieira. “And then they (the UFC) said Holly (Holm) was no longer injured, and then I ended up fighting Aspen (Ladd). And now, I have the hand injury, but, yeah I would absolutely love to fight Ketlen.”

As for Manaus native, Vieira, the current #2 ranked bantamweight contender defeat the aforenoted former champion, Holm with a close, contentious split decision victory at the end of last month.

The victory came as the Brazilian’s second over a former division champion, after she dispatched MIesha Tate in her first promotional main event back in November of last year.

The owner of 11 Octagon successes, prior to her win over the previously mentioned, Ladd, Pennington stopped Macy Chiasson, and handed decision losses to Pannie Kianzad, and Marion Reneau. Pennington also holds wins over common-foe, Tate, as well as former strawweight champion, Jessica Andrade.