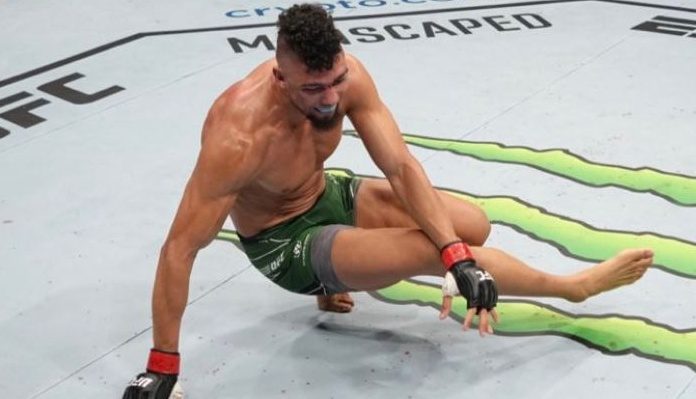 Walker (19-7 MMA) had entered the bout with hopes of snapping a two-fight losing skid. The Brazilian standout was coming off a knockout loss to Jamahal Hill in his most previous Octagon appearance this past February.

Meanwhile, Ion Cutelaba (16-8-1 MMA) had also entered UFC 279 looking to rebound, this after suffering a submission loss to Ryan Spann in his most previous effort this past May. ‘The Hulk’ had gone 1-3-1 over his past five fights overall ahead of tonight’s affair.

Tonight’s ‘Walker vs. Cutelaba’ fight proved to be a short-lived contest. After trading some kicks in the early going, the fight hit the floor with ‘The Hulk’ in top position. However, after a scramble, Johnny Walker took top control and quickly transitioned to a rear-naked choke. The choke was deep and Ion Cutelaba had no choice but to tapout.

Official UFC 279 Result: Johnny Walker vs. Ion Cuțelaba via submission (RNC) at 4:37 of Round 1

Check out how the pros reacted to ‘Walker vs. Cutelaba’ below:

Johnny Walker hits us with the worm. Feels like it’s been a while since we saw that. First win for him in 2 years.

Who would you like to see Johnny Walker fight next following his submission victory over Ion Cutelaba at tonight’s UFC 279 event in Las Vegas? Share your thoughts in the comment section PENN Nation!