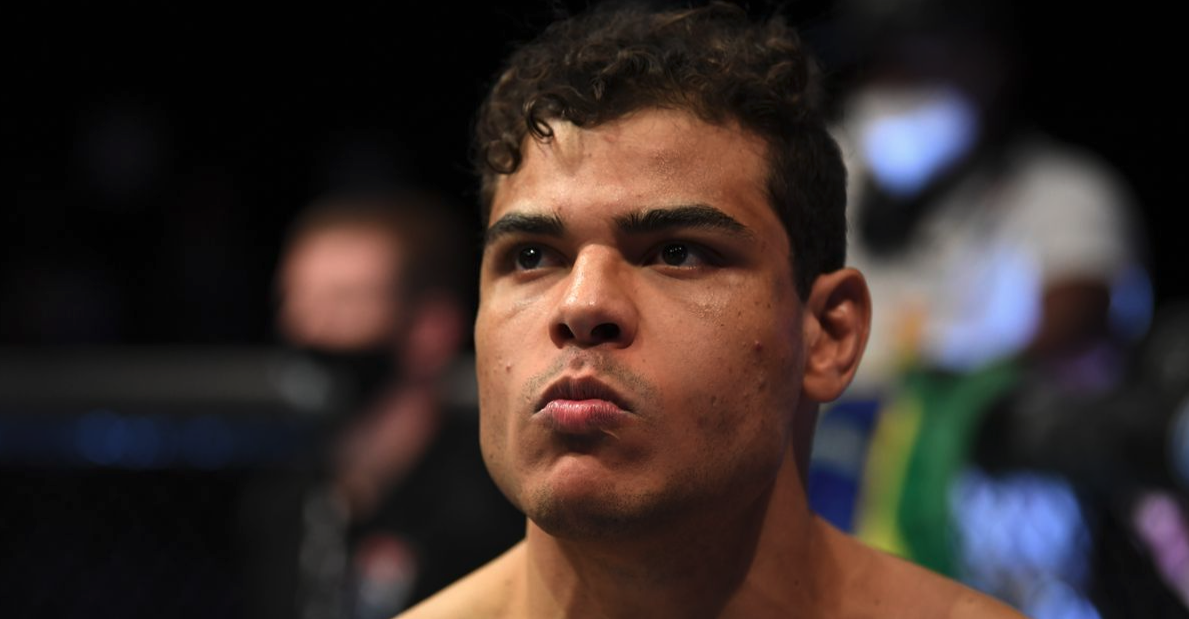 UFC middleweight contender, Paulo Costa has released an official statement in tandem with his team, denying “any kind of violence” following an alleged altercation with a nurse at a vaccination clinic in Belo Horizonte, Brazil – where the Brazilian is alleged to have elbowed a nurse in the face following an alleged dispute over a vaccine card.

Costa, a native of Minas Gerais, is alleged to have attempted to obtain a vaccine card proving his immunization against COVID-19, without actually receiving a vaccine dose which would inoculate him against the novel coronavirus.

It’s alleged Costa attempted to leave the facility with a vaccine card in tow regardless, and while a nurse attempted to hold him, the Brazilian is then alleged to have elbowed her in the mouth in an attempt to break free. The nurse did not require medical attention following the alleged altercation, however, complained of swelling to her lips as a result.

Brought into police custody, Costa was questioned by law enforcement following the alleged altercation, with the nurse in question pursuing a criminal complaint against the 31-year-old. Costa is set to appear in court as a result.

Denying “any kind of violence” in relation to the alleged incident on Monday, Costa released a statement on his Instagram account, claiming that media outlets that published reports had sensationalized accounts.

“The recent articles published by the media involving athlete Paulo Costa – ‘Borrachinha’ referring to what happened in a shopping mall in the city of Contagem/MG (Minas Gerais) generation questions, so we must present some clarifications.” The statement posted by Costa on his official Instagram read.

“First, tending to sensationalism, these are reckless and inconsistent.”

“The athlete Paulo Costa – ‘Borrachinha’ and his entire team reject any type of violence.”

“‘Borrachinha’ is a high-performance professional athlete, full time dedicated to training, to following the rules, guidelines, and disciplines according his (sic) philosophy and human conduct this kind of allegations are completely incompatible with his history and way of life.”

“The accusations and facts narrated do not reflect the reality of what happened.”

“The fact will be carefully investigated and the appropriate legal measures for their perfect clarification will be taken.”

“The technical and legal team of athlete Paulo Costa – ‘Borrachinha’ also inform that they will be available for further clarifications.”

Most recently featuring in the main event of UFC Vegas 41 back in November, Costa suffered a unanimous decision defeat against Marvin Vettori in an impromptu light heavyweight showdown.

Costa is expected to feature on the main card of UFC 278 on August 20. in Salt Lake City, taking on former middleweight champion, Luke Rockhold.