The New York State Athletic Commission was correct in the end, even if there was an unusual amount of confusion getting there.

Following the conclusion of Saturday’s UFC 281 preliminary bout between Karolina Kowalkiewicz and Silvana Gomez Juarez at Madison Square Garden, there was a lengthy delay in the cage as members of the commission worked to get the scorecards right. One commissioner was seen in the cage leaning the scorecard against the top of the cage as he scribbled one score out and wrote another.

While the scene optically became a target of criticism even from the UFC broadcast team, NYSAC spokesperson Mercedes Padilla told MMA Junkie on Monday that the final decision of a victory for Kowalkiewicz was correct. The delay was chalked up to an error caught in tabulation.

Here’ the official statement from the NYSAC:

“The official result announced in the ring at the conclusion of the Karolina Kowalkiewicz vs. Silvana Gomez Juarez bout during UFC 281 was correct; Karolina Kowalkiewicz won by Unanimous Decision. The adjustment made just prior to Bruce Buffer’s announcement of the result corrected an initial transcription error made on the consolidated tally sheet. The New York State Athletic Commission staff quickly identified the error, and acted promptly to correct it before the final results were announced.”

The commission also included in its response to MMA Junkie copies of each individual round’s scorecards, which can be viewed here. 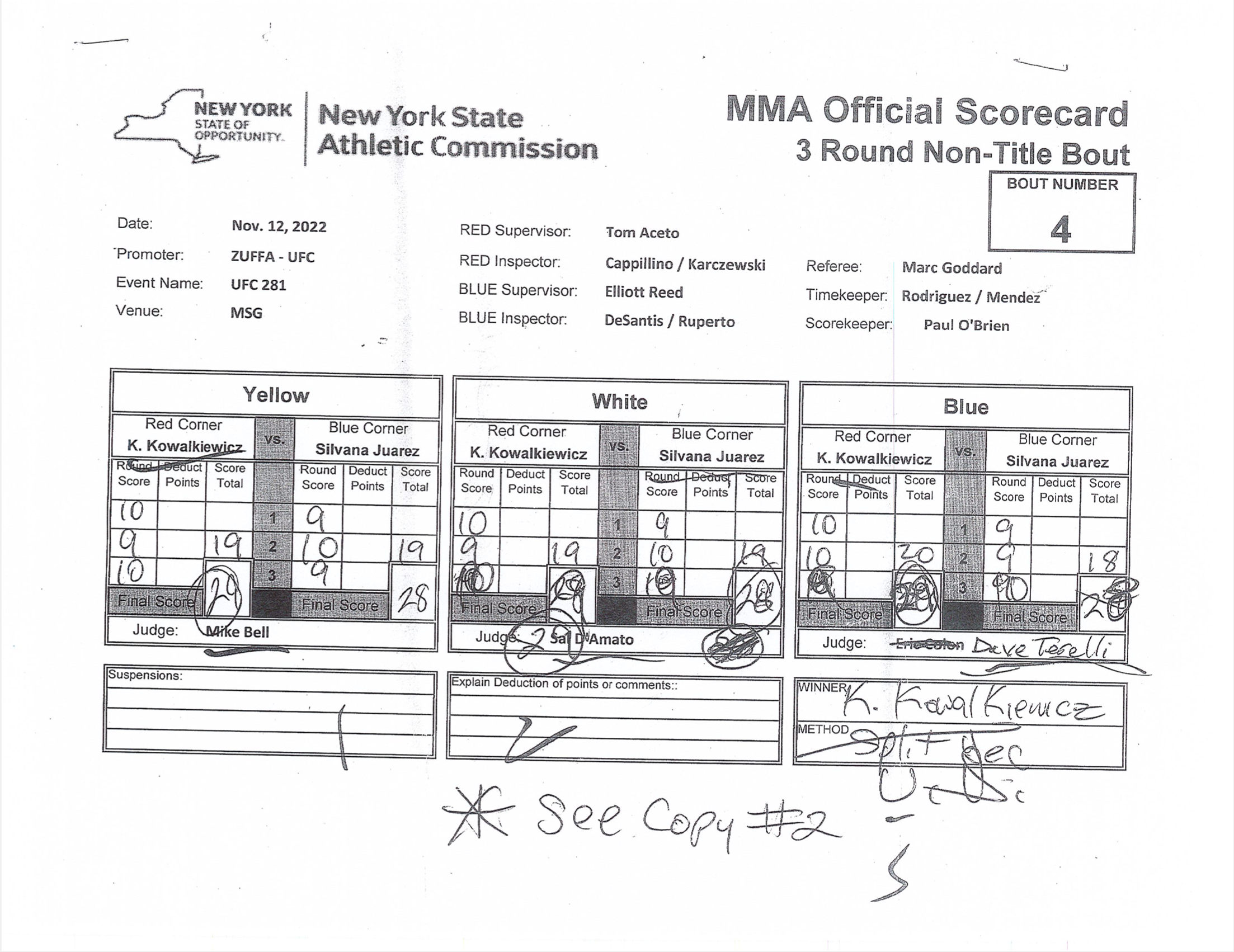 The commission stated that the written scores matched the electronic scorecards the judges also submit.

At the end of each round, each judge hands their one-round scorecard to an official collector. At the end of the fight, the scorecards are tallied and turned into a fight scorecard (“consolidated tally sheet”).

The strikethrough scribbles on the written fight scorecard indicate judges Sal D’Amato and Dave Terelli were initially mistaken for one another, which would’ve made the fight a split decision for Kowalkiewicz rather than a unanimous decision. Either way, the winner would’ve been correct.

“I appreciate my opponent for taking the match and wish her all the best in the future,” Juarez told MMA Junkie’s Danny Segura in a statement through her management. “It’s unfortunate that there was some confusion at the end of the fight, but I’m undeterred by the result. My experience at UFC 281 was amazing, and I’m already back training for my next fight. The next one won’t be as close!”

Photos: Karolina Kowalkiewicz through the years 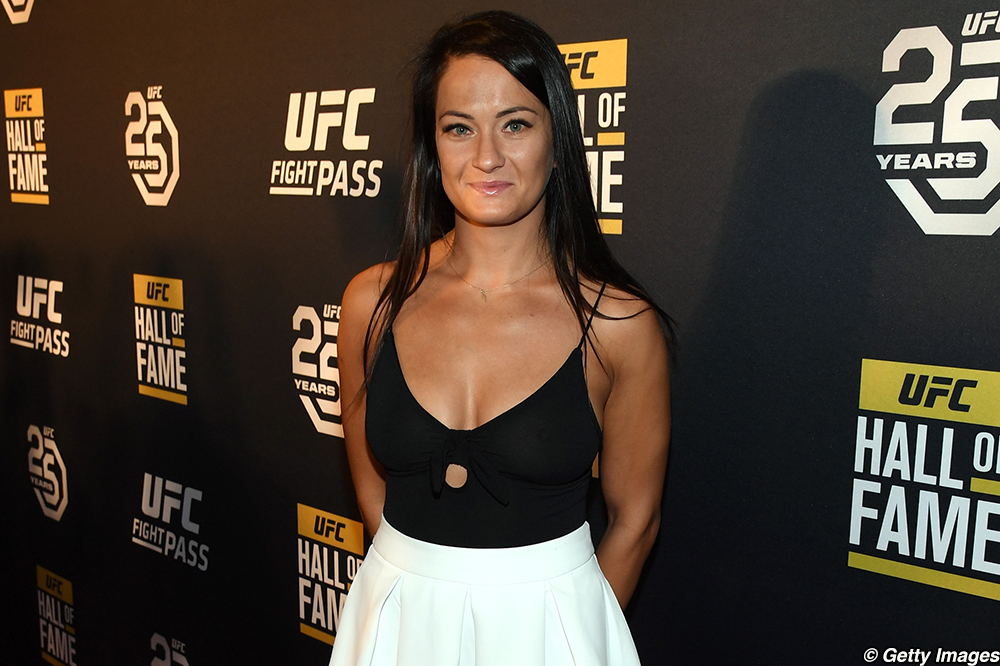