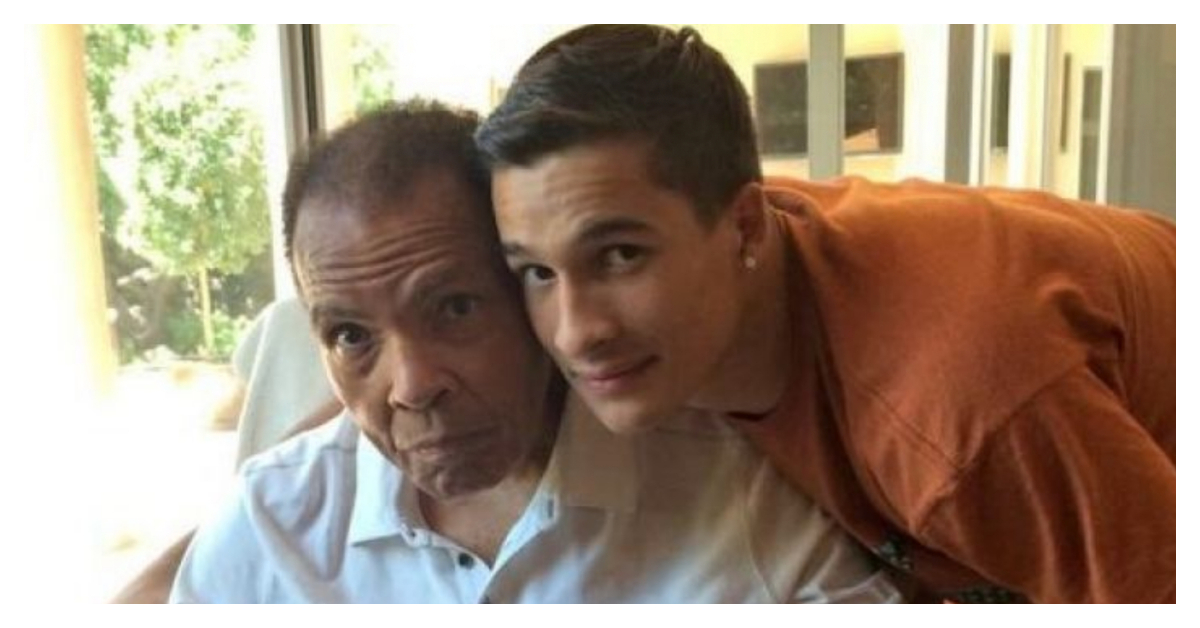 Ali Walsh will make his first walk to the octagon on Fusion Fight League’s Rumble Under the Rims card this Friday, June 3. His brother, Nico Ali Walsh is also into combat sports, following in the footsteps of his grandfather. Nico competes as a professional boxer and has gone undefeated in his first five fights as a middleweight. He is trained by Tyson Fury’s trainer, Sugarhill Steward.

Biaggio has an athletic background having competed in collegiate football before finding his calling for MMA. The 23-year-old is excited to make the switch and feels more “positive” in his new venture.

“I have been training MMA for a total of about two, two-and-a-half years now. COVID hit shortly after I began training so there was obviously a little delay but I worked out in the garage during that time.

“After college football I felt very lost and didn’t like where my life was heading. Pursuing MMA makes me feel more emotionally, spiritually, physically, and mentally positive,” Biaggio told FITE.

Being a grandson of the late, great Muhammad Ali comes with its own pressures and assumptions. Biaggio acknowledges the role of boxing in his upbringing stating that it makes him more of a stand-up striker in the cage but argues against the idea of not being well-rounded.

“I would say that growing up in the world of boxing would make me a striker but I do find myself pretty well-rounded. I began training with no specific base and started learning all the disciplines at the same time. I did no previous combat sports before MMA. I was always just a huge fan of martial arts and boxing,” Ali Walsh said.

Biaggio Ali Walsh has experience in the modeling industry in recent years. He revealed his last gig was over two years ago and while he’s open to a good opportunity if it presents itself, he will remain more focused on being a fighter.

“There is no balance between modelling and training because I am rarely ever modelling,” Biaggio said. “My last modelling job was in 2020 so those type of gigs do not happen so often. I am solely focused on finishing college and getting better in the gym. If a paid modelling job were to come up, I want to make sure it works around my school and gym schedule.”

The Chicago-native who currently trains at Xtreme Couture in Las Vegas has only one ambition, to continue the tradition set by Muhammad Ali for the family.

“I want to become a champion. To be it doesn’t matter the organisation or promotion. I just want to make a name for myself and continue the tradition of fighting in my family.”