LAS VEGAS – Movsar Evloev is determined to get a high-profile fight in the featherweight division after dispatching Dan Ige in Saturday’s UFC Fight Night 207 co-main event.

Evloev (16-0 MMA, 6-0 UFC) added a signature win to his flawless record with a dominant unanimous decision win over Ige (15-6 MMA, 7-5 UFC) at the UFC Apex. He showed solid striking and overwhelming grappling as the Russian continues to flourish into a title threat.

After the win, Evloev declared in the octagon that he’s the “next champion” at 145 pounds, and he stands behind that statement.

“I think this performance today tells a lot about me,” Evloev told MMA Junkie and other reporters at the UFC Fight Night 207 post-fight news conference. “I’m a top guy. I’m a real, top fighter and next champ. MMA fans like this with a lot of blood and a lot of punching. It’s good when you finish early, but sometimes it’s good when you fight very hard for three rounds.”

Evloev, 28, vowed prior to the event that he would finish Ige inside the first round. He landed a flying knee in the opening frame that would’ve put lesser men down, but Ige has never been stopped in a fight, and that didn’t change.

Despite failing to live up to his prediction, Evloev can’t get down on himself for his effort.

“I wanted an early finish, but everybody knows about my opponent,” Evloev said. “He’s a tough guy and he showed very good fight all three rounds. A lot of blood, a lot of good punching, and good wrestling too.”

Evloev said he wants “big names, big money” after his 16th consecutive victory. He called out Arnold Allen (18-1 MMA, 9-0 UFC) inside the octagon, and he said he thinks that’s a matchup that would catapult him into a title shot.

And he’d even go to Allen’s home turn of England to get the job done. 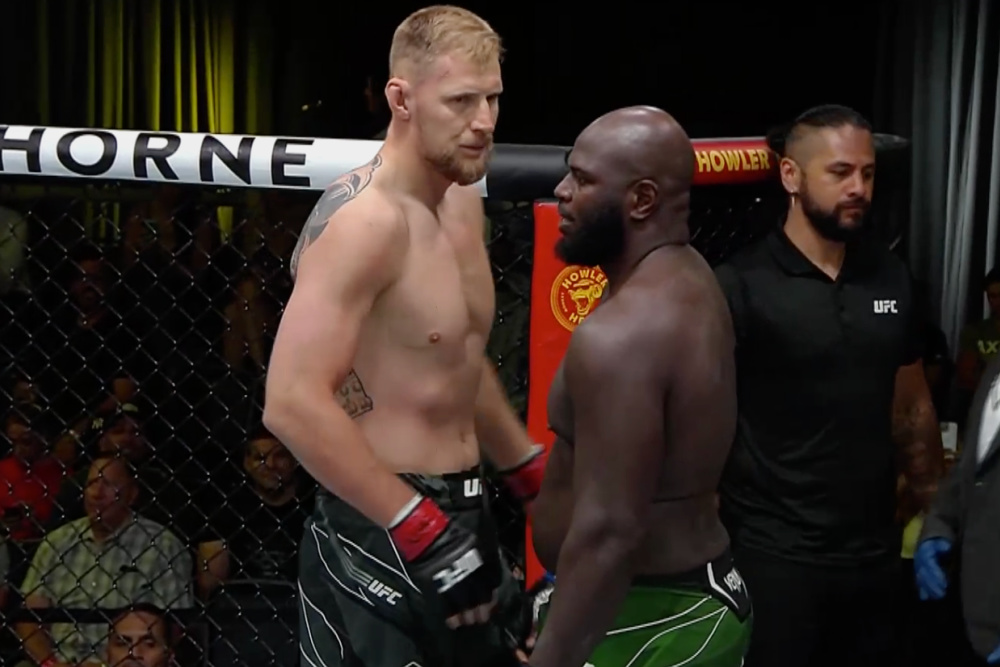