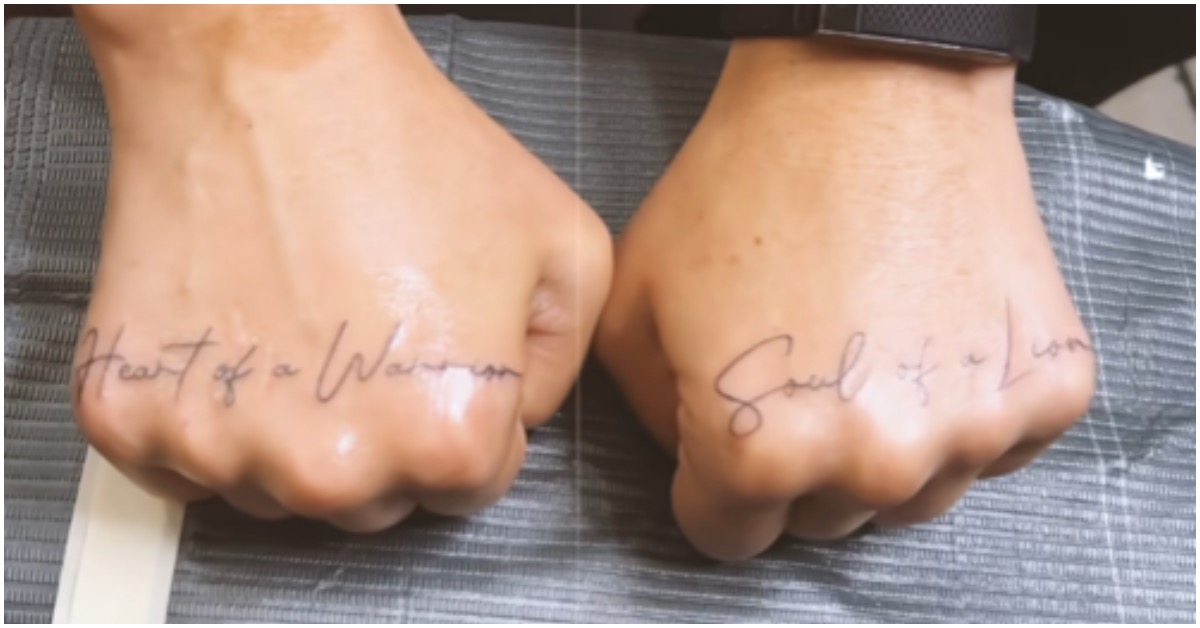 Former UFC fighter Paige VanZant has been catching some flack for her new tattoo she got on her hands.

The people in the comment section of her post are hating on VanZant for her tattoo in so many different ways.

Paige VanZant has the saying written across her knuckles in a cursive font.

“Heart of a Warrior, Soul of a Lion. No one can ever deny how much heart I have in my fights,” VanZant wrote in the post. “At times I’ll drop everything I have ever learned and fight with nothing but pride, which doesn’t always lead to the best outcome. This is a reminder to myself, I already have the heart and soul all I need to do is take care of the rest.” (Transcribed by Mirror)

VanZant hasn’t had very much success in this part of her career. VanZant left the UFC after dropping three of her last four bouts in the organization. any fans at the time, thought she would be a top contender in the strawweight division for years to come. unfortunately, it didn’t work out the way many thought it would.

With that being said, VanZant has still been one of the biggest names in women’s combat sports. She is still competing in Bare Knuckle Fighting Championship and has even signed with AEW, a wrestling company. VanZant has lost both of her matches at BKFC, but is still slated to appear and headline the card in Britain on July 9th. VanZant is looking to extend her contract with the organization as well.

What do you think of VanZant’s new tattoo that she recently got?