NEW YORK – Whether Paddy Pimblett wins or loses his next fight, Matt Frevola is eyeing him next.

Frevola (10-3-1 MMA, 4-3-1 UFC) scored his second straight first-round knockout when he bounced Ottman Azaitar out of the ranks of the unbeaten this past Saturday at UFC 281.

It was a career-defining moment for Frevola, but he’d like to top that with a finish of Pimblett. “The Baddy” meets Jared Gordon at UFC 282 on Dec. 10, and Frevola hopes they can get matched up for the rumored U.K. pay-per-view card in March.

“When I knock out Paddy in London, that’ll be the best moment,” Frevola told reporters at the UFC 281 post-fight press conference. “Honestly, Paddy’s got a tough fight. Jared Gordon is very good, but win lose or draw, even if Paddy goes out there and gets smoked by Jared, I want to fight Paddy in London.”

Frevola admits that part of the lure of fighting Pimblett (19-3 MMA, 3-0 UFC) is all the attention that comes with fighting such a notable name.

He continued, “Maybe I rock him and knock him out and finish him, maybe we wrestle and we do a little grappling. I love to grapple as well. He’s a well-rounded mixed martial artist as well, so am I, so I think it’ll be a fun fight everywhere.” 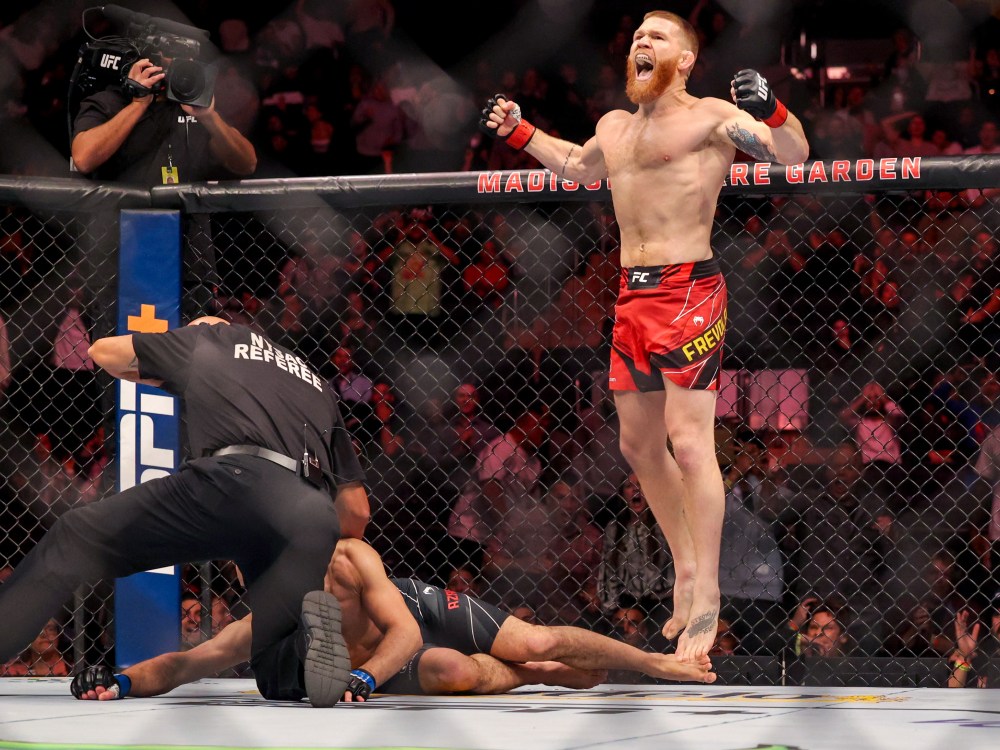