“Chito” thinks the champion lacks killer instinct, but lauds him for being able to take the fight to his world – just like when Sterling controlled Petr Yan on the ground in their rematch at UFC 273.

“Honestly, it’s hard to know,” Vera told Submission Radio. “I believe T.J. is gonna (be) the aggressive guy who is gonna come and look for the fight. Aljamain, the guy is not a guy that’s gonna be willing to f*cking die in there and just sit down and scrap. He always tried to get a hold of you, get you tired, ground and pound you and hoping for a submission.

Vera, who’s closing in on title contention, wonders if Sterling will find success in the grappling department against a decorated wrestler like Dillashaw. If Dillashaw can fend off Sterling’s wrestling, “Chito” sees a successful night for the former bantamweight champion.

“I think it all comes down to wrestling and control, but T.J. is a real wrestler,” Vera added. “I’m not. I’m good at it, I keep getting better, but I didn’t grow up wrestling. I’m more like a real fighter. I really like to fight and I’ll fight anywhere, but T.J. went to high school wrestling, the whole thing so if T.J. can keep him away from him and just put pressure, that can be a hard night for Aljamain looking at how he fought in the past. He really gets shy when somebody defends the takedown and is like, ‘F*ck you, I’m gonna kick your ass.’ But we’ll see.”

For more on the card, visit MMA Junkie’s event hub for UFC 280. 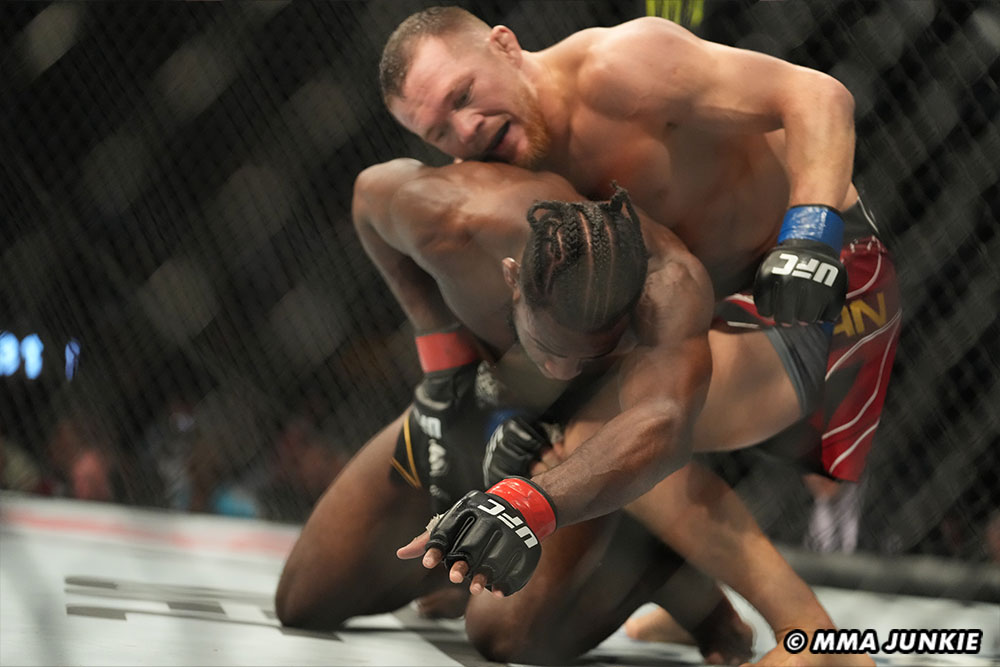