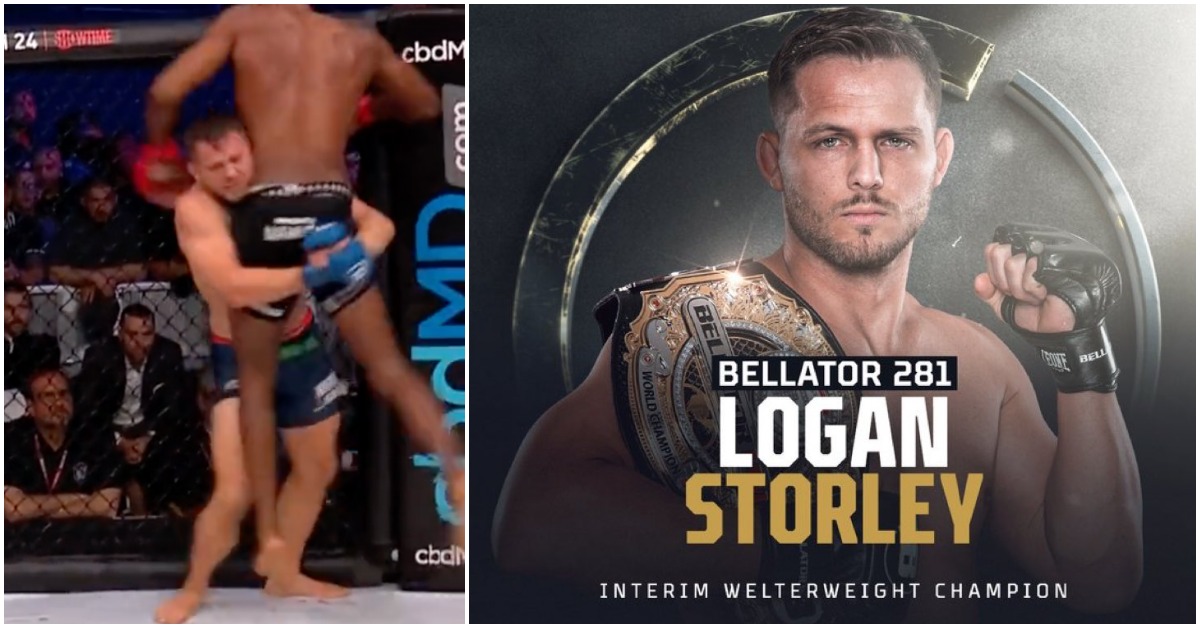 Bellator has a new interim title, as Logan Storley defeats Michael ‘Venom’ Page in front of an English crowd.

Storley was able to utilize his wrestling prowess to shut down much of the offense from MVP. It may not have been the most exhilarating of title fights, but ‘Storm’ stuck to his game plan and now reaps the rewards.

Page did have success in round 4, as he appeared to be beginning to let his hands, and elbows, fly. However, he was unable to finish the fight, which was his only route to success at that point.

Below, check out the highlights of Logan Storley’s win over Michael ‘Venom’ Page: