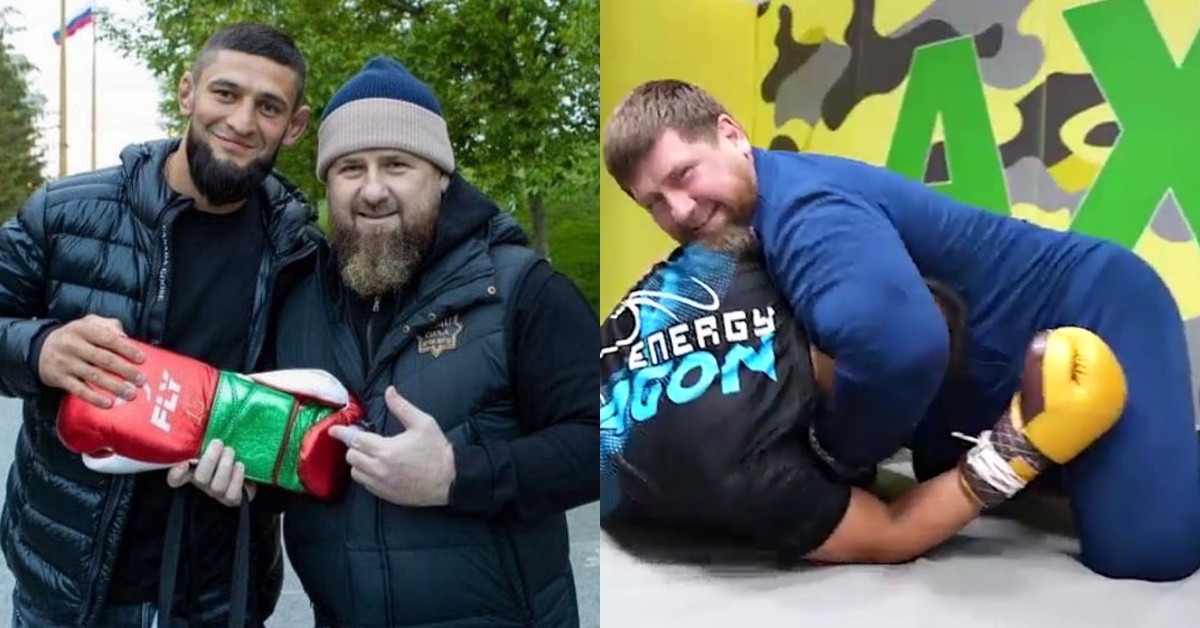 Undefeated UFC welterweight contender, Khamzat Chimaev has recently returned to Chechnya – where he met with and trained alongside the republic’s leader, Ramzan Kadyrov and his children.

Khamzat Chimaev, who boats an unbeaten 11-0 professional record, most recently featured on the main card of UFC 273 back in April at the VyStar Veterans Memorial Arena in Jacksonville, Florida – defeating one-time title challenger, Gilbert Burns with a close, unanimous decision victory.

Chimaev, a native of Beno-Yurt in the region of Chechnya, plys his trade at AllStars MMA in Sweden, however, has spent considerable time pictured with the disgraced, dictator, Kadyrov, receiving numerous gifts from the latter as well as training in striking and grappling alongside the Head of the Chechen Republic.

Over the course of last weekend, footage emerged detailing Chimaev’s recent visit to Chechnya where he trained alongside, Kadyrov, who has been sanctioned by the United States government on numerous occasions for continued human rights violations.

“The grandchildren of the First President of the Chechen Republic, Hero of Russia Akhmat-Khadzhi Kadyrov – Adam and Eli Kadyrov met face to face with the thunderstorm of the Octagon (Khamzat Chimaev),” A caption read on video footage of Chimaev and Kadyrov training. “Despite the fact this is only a friendly sparring, the ‘Chechen Wolf’ exhausted his rivals in his usual manner, once again proving his skill and composure in the fighting arena.”

“Despite the formidable and eminent opponent, the guys were in no way inferior to Khamzat in skill. As befits and fighters, they analyzed the movements and weaknesses of the opponent, after which they proceeded to counterattack. At the end of the training, I myself could not resist the temptation to test my strength in a friendly duel with our dear brother.” (Transcribed by MMA Mania)

In the time since his April win against Burns, Chimaev, who sits at #3 in the official welterweight rankings, has been linked with returns against both former interim champion, Colby Covington, and Nate Diaz.