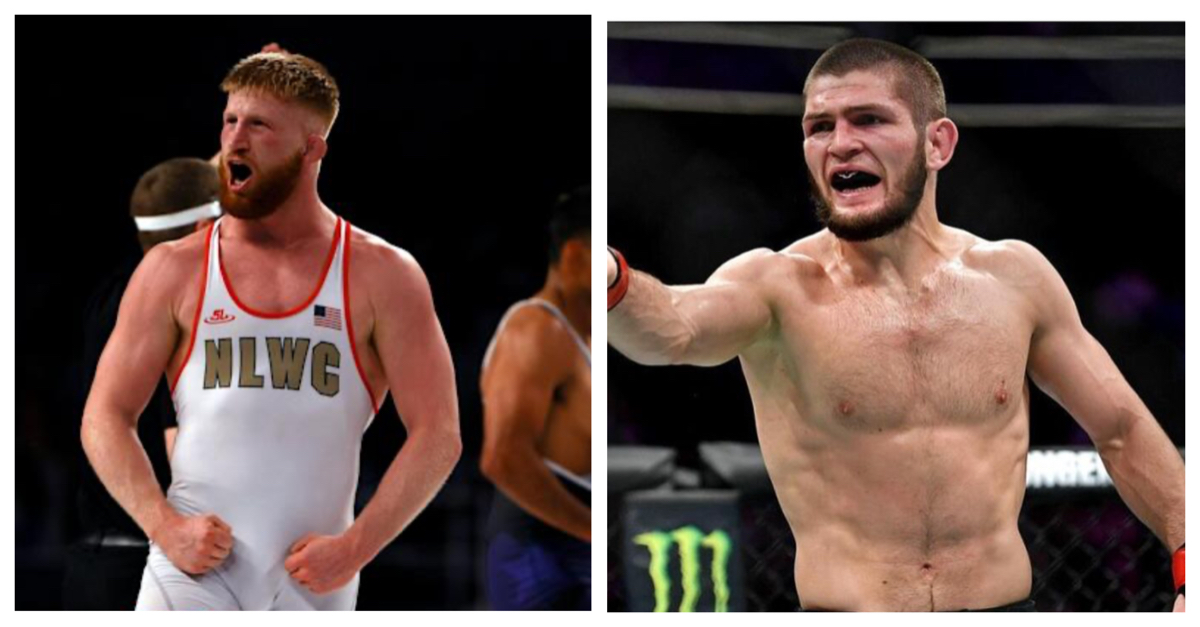 Bo Nickal is making his professional MMA debut June 3rd with iKON Fighting Championship, but he is already fairly confident that he could beat MMA’s most prolific sambo style fighter, Khabib Nurmagomedov in a wrestling match.

Nickal has a been in two amateur MMA matches and finished both fights, one by knockout and the other by a guillotine. Both of those fights were first round finishes as well.

Nickal finished his NCAA career with a record of 120-3 in four years of eligibility at Penn State. He has quickly made the transition to MMA, as he has only been training heavily for 10 months. Nickal has been training at American Top Team for the past 10 months and credits the coaches there for his quick development.

“To be 100 per cent honest with you, if I were to ever wrestle Khabib, Khabib wouldn’t last more than 30 seconds against me in a wrestling match,” Nickal said in an interview with Givemesport

Nickal doesn’t give ‘The Eagle’ much of a chance in the match either. He believes he would dispose of Nurmagomedov fairly easily and in quick time.

“Maybe 60 seconds, tops. I respect the guy, don’t get me wrong, like he’s tough. If he’s not the greatest of all time in MMA, he’s up there. There’s nobody that can have an all-time greats list and not have him on it. I’ve done this my whole life. He’s done sambo his whole life but it’s a different thing. It would be the same as asking me if I could stop Cristiano Ronaldo from scoring. That’s kind of my thought process on me wrestling Khabib. Obviously, great at what he’s done, I have so much respect for him, but that’s my world. So he’s not lasting very long.”

Nurmagomedov is clearly one of the greatest to ever do it and one of the most dominant wrestlers to ever grace the octagon. To say he would destroy ‘The Eagle’ so quickly, may be a bit of a reach.

Do you think Nickal would beat Khabib in a wrestling match?