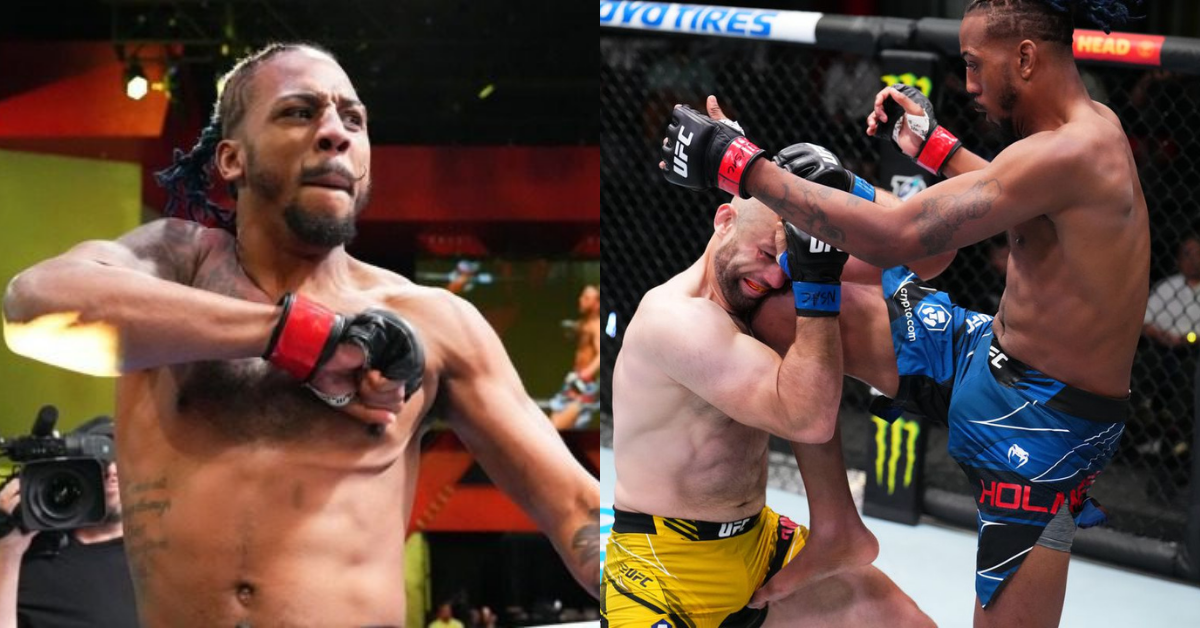 UFC middleweight Joseph Holmes talked about his most recent winning efforts inside the cage against Alen Amedovski.

Making his professional debut in Bellator, Joseph Holmes made his way into the UFC through Dana White’s Contender Series last October. After a rocky start in his debut against Jamie Pickett, ‘Ugly Man’ Joe got back to winning ways in his latest outing at UFC Fight Night 206. Taking on Alen Amedovski at UFC Vegas 55, Holmes emerged victorious in the opening minute with a rear-naked submission.

Joseph Holmes was surprised to see Amedovski go down

Holmes has been clear about his intentions of getting bonuses in his fights, and with his latest first-round finish, it may surprise many to know that he did not receive any kind of bonus. In a sequence that began with a straight knee to the head, Holmes sent Amedovski down the canvas and followed up with multiple strikes to secure the submission.

In an exclusive interview with LowKick MMA, Joseph Holmes talked about his recent win over Amedovski and explained what was going through his mind when he saw his opponent go down from what seemed to be a light knee strike.

“No, I wasn’t expecting him to drop from the knee,” Holmes said. “It was actually super surprising. I just threw the knee because I was told to, and I just threw it in that split second. The moment it hit him, I was like ‘damn! Did I really drop this guy? Oh shit, I’m ready to be done. Let me try and finish this fight.”

Holmes did not receive any bonuses

During the same interview, Holmes was probed by the interviewer on whether he received any behind-the-scenes bonuses. While the UFC does make public the winners of the night’s incentives, many fighters have talked about getting paid more behind the camera.

“No bonuses, no behind-the-scenes bonus, nothing,” Holmes said. “They showed me no love for that performance, man.”

With a finish like that, it wouldn’t have been crazy to hand ‘Ugly Man Joe’ a Performance of the Night bonus. Regardless, the Texas native stays confident about his ambitions to win some down the line as he looks to continue putting on exciting fights for the fans.