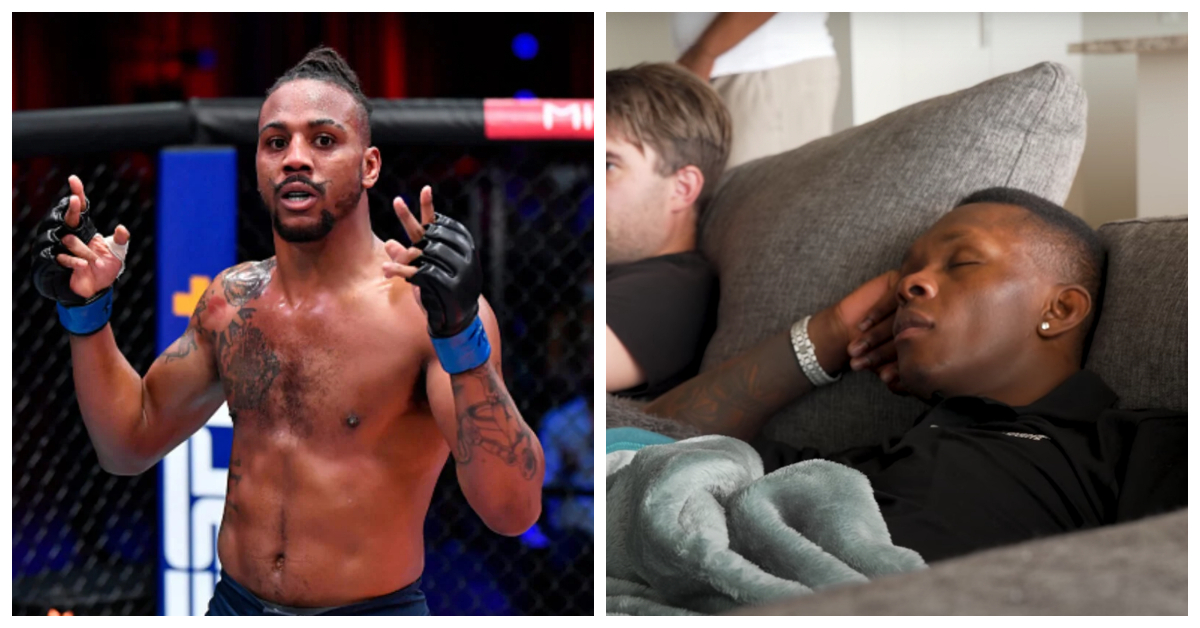 UFC middleweight Joseph Holmes believes Israel Adesanya to be a boring fighter and hopes to see the title change hands.

Following a quick win over Alen Amedovski at UFC Vegas 55, Joseph Holmes got back to winning ways with a first-round finish of his opponent. As an upcoming prospect in the promotion, Holmes is working his way up to getting the middleweight gold. With a dominant champion in his division who’s lapping past the competition, the 26-year-old is seemingly not a big fan of Israel Adesanya.

Joseph Holmes is not a fan of Israel Adesanya

In an exclusive interview with LowKick MMA, Joseph Holmes shared his thoughts on Adesanya’s point-fighting style that doesn’t credit the Nigerian-Kiwi with many finishes. Holmes hopes to see a title change at 185-lbs in the UFC in order for more exciting fights to happen.

“He is definitely a boring fighter,” Holmes said. “I’m not really interested in guys who’re, like being able to go five minutes, it’s perfect. I commend that, lot of respect for that. But wanting to go five five-minute rounds is not fun. Nobody wants to see that.”

Holmes is always looking to finish his opponents and as such, appreciates other athletes who step inside the cage with the same mindset. He revealed his favorite fighter on the roster, and it’s another dominant champion.

“My division is inhabited by a champion who doesn’t like finishes. When I see that it’s just like, ‘yeah well’. Hopefully, we can get him out of there so we can get some interesting fights going on but Nah, he just doesn’t like to finish people.”

Talking about the upcoming clash between Israel Adesanya and Jared Cannonier at UFC 276, Holmes stated that Cannonier has a chance to snatch the belt from ‘Stylebender’ but also acknowledged Izzy’s abilities to keep the fight on his terms.

“Cannonier has a huge shot if he could if he would go for those takedowns off the cage and try and get him out of there. Israel just does a good job of making people fight long fights and that’s just not interesting to watch”