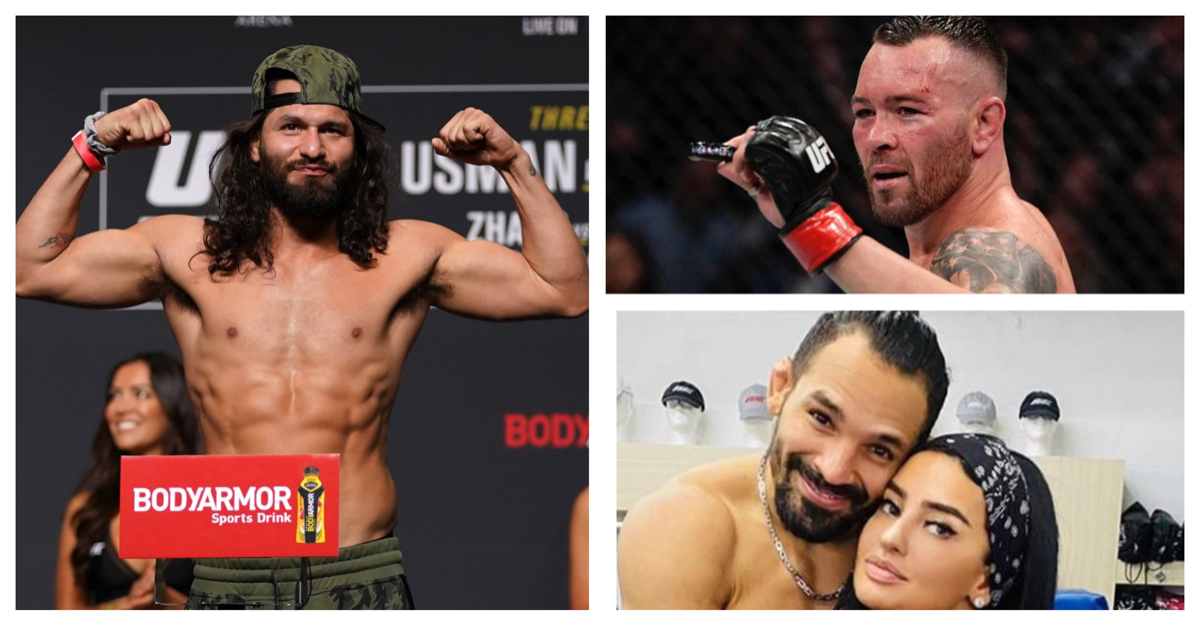 The UFC’s Jorge Masvidal (35-16 MMA) has recently continued to bash former opponent and training partner Colby Covington (17-3 MMA), amid the pair’s legal troubles after their bad blood continued to spill outside of the octagon after spending 25-minutes with each other on March 5th this year.

Whilst on Ariel Helwani’s ‘MMA Hour’, the 37-year-old was asked about his court case with Covington, in response, Masvidal believes these are the true colors of ‘Chaos’ being unraveled.

“Allegedly this, allegedly that. But I’m innocent. I’m not guilty,” Masvidal exclaimed.

“I’m facing three felonies if you wanna know the exact truth. And yeah, it’s still pending. This guy’s a coward f—k, so what can you expect from a coward f—k like him?”

Colby Covington is still yet to speak out after pressing assault charges on Jorge Masvidal following the events that unfolded on the evening of March 22nd.

The Miami native didn’t seem best pleased with Michel Pereira after a social media storm evolved over the issue regarding the wife of Pereira and Jorge Masvidal.

‘Gamebred’ states that he will happily fight Pereira if he has a problem with him, however, it will not happen in the UFC as the Brazilian is simply not a big enough draw for the UFC ‘superstar’ Jorge Masvidal.

“If he wants to scrap, when I see his bitch ass somewhere, I’ll scrap him,” Masvidal said of Pereira. “But, as far as, like, getting money or him being a ranked guy or somebody that I care to fight? No. He doesn’t fit any of those categories.”

“He has to make up these fictitious stories about me wanting his chick. I don’t even remember too much what she looks like, but I could really care less about a chick that’s married.”

“As far as me and this f–ker goes, if he sees me in the street, then we could talk about it. But getting in the cage? Bro, you’re literally a nobody.”

The BMF champ even goes on to declare he believes Michel Pereira’s fighting style is ill-effective.

“Maybe you should try out for, like, Olympic diving because that’s the type of shit you’re doing.” (Transcribed by BloodyElbow.com)

Although Masvidal must wait for laser eye surgery and for the conclusion of his court case against Colby Covington, he is eager to get a fight before the end of the year where he can aim on getting back in the win column.

Who should Jorge Masvidal face next?