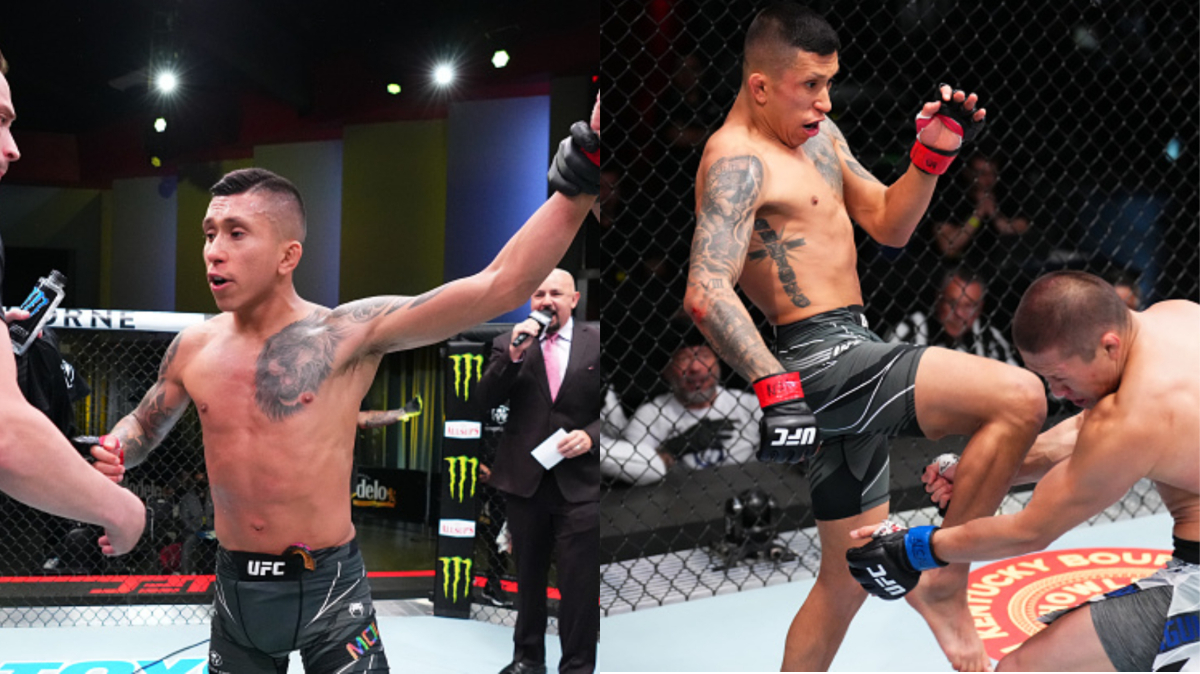 Jeff Molina is so far seeming to be the next potential superstar to come off of Dana White’s Contender Series. Riding a ten-fight win streak, including three straight in the UFC. ‘El Jefe’ kept to his winning ways at UFC Vegas 56 and garnered the victory while wearing the UFC’s gay pride shorts.

Disgusted by the barbaric hate and ridicule he received for wearing the shorts, Jeff Molina opened up about the situation when questioned about it after the fights.

“You’re gonna get me riled up,” Molina began. “Dude, it’s fu*king ridiculous… Who the fu*k cares bro? Honestly, it’s not even about being an ally, I’m not saying I’m not, but it’s like, just be a decent person. Just be a decent human being…”

“Judging someone and trying to justify it with religion and saying all sorts of like spiteful, hateful sh*t is crazy to me, it’s mind-boggling. Who cares who someone wants to be with, or their sexual preference… And the irony of trying to justify it by religion, something that’s supposed to be so accepting… I was honestly shocked,” Jeff Molina continued.

“I picked the colors because I thought it looked cool, and then also because I thought it was a good cause… I’ll support anything of a community that’s been oppressed, and ostracized, for some time now. For something, they can’t help. It wasn’t that long ago there was like school segregation… That wasn’t (even) a whole person ago, this is recent sh*t.”

“I just thought in 2022, people would be more open-minded… Guess I was wrong…People were saying some crazy sh*t…Trying to justify it like: ‘God is going to send you to hell’… Like dude, mind your own business. It doesn’t concern you,” Molina concluded.

Watch the full reaction by Jeff Molina below:

Does the Jeff Molina Gay Pride Shorts Debacle Hint at an Underlying Prejudice in MMA?

So, ‘El Jefe’ wore gay pride shorts at UFC Vegas 56, but what’s the big deal? That is the entire point of Jeff Molina’s statement. Why is it a big deal?

Well, some people would say sports aren’t very welcoming to the LGBTQ community. And, it wouldn’t be quite a stretch to say that MMA is probably the least welcoming. Why? Well, the answer to that could be a number of things. Prejudice is likely to be number one. But also, a big contributing factor is the sport itself. Which is fighting, also known as combat sports.

This caused general outrage, as despite McLaughlin being transgender: many MMA fans chose to look at it as a fight between a man vs a woman. Which was deemed unacceptable by the masses.

So, while there are no excuses for hatred towards any race, religion, or person, it could be safe to say there’s a particular sore spot between MMA, transgender fighters, and maybe even the LGBTQ community as a whole.

What are your thoughts on the hatred Jeff Molina received for wearing the UFC gay pride shorts, and do you think there’s an underlying prejudice in MMA towards the LGBTQ community?