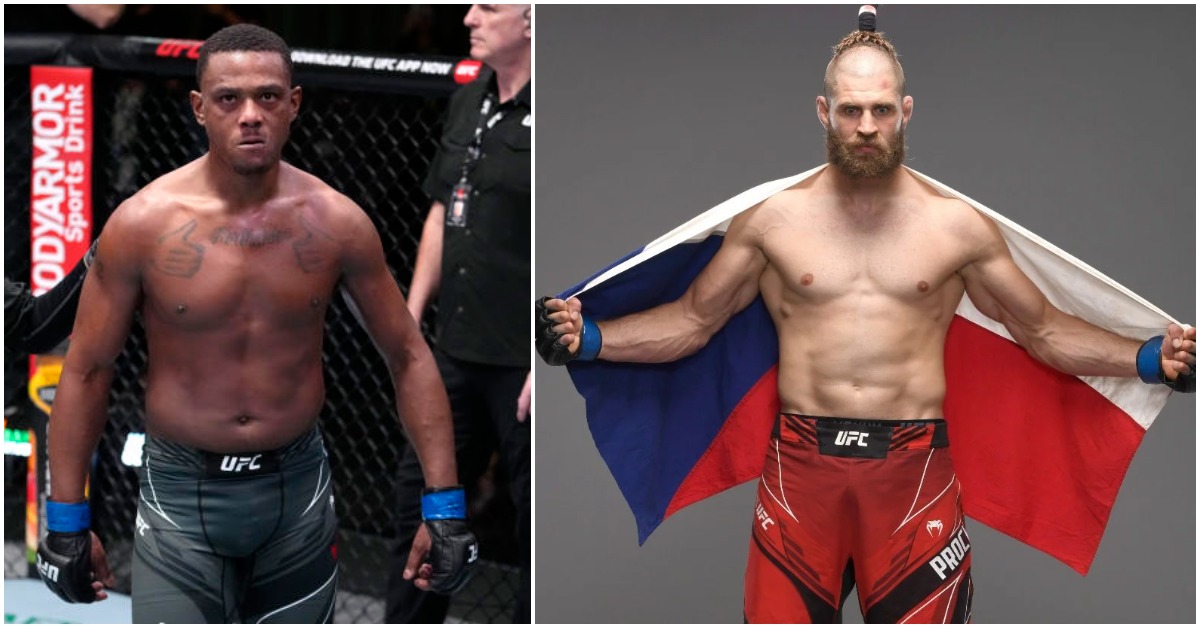 Rising UFC light heavyweight contender Jamahal Hill has stated that a fight between him and current title contender Jiri Prochazka “has to happen” at some point in the near future.

Jamahal Hill recently sat down with the UFC to discuss the entire 205lb top 15. ‘Sweet Dreams’ had notable comments for several of his fellow light heavyweights, such as Ryan ‘Superman’ Spann, stating that:

“Oh, Supergirl. Bro, he’s just weird. He said some s**t earlier on in Twitter that just made me- that just rubbed me the wrong way, you know. He’s not as good as he thinks he is. But whatever, we’ll see, maybe one day he can get these f***ing hands. Supergirl.”

He also had some choice words to say about Switzerland’s Volkan Oezdemir, remarking that:

“He’s still ranked? Like damn. Nah I’m just talking s**t. I mean, bro I don’t even know what to say about him. I don’t want to say nothing about him but Volkan Oezdemir, f*cking weird. Slow as hell. Thinks he’s better than he is. Come get these hands. Stop talking, don’t say nothing. Just come get these hands, b**ch.”

However, one opponent that Hill did not disparage, and instead appeared to hold great respect for, was Jiri ‘Denisa’ Prochazka. Hill stated that:

“Jiri Prochazka. Exciting, flows well, comes to bang, a superstar. Somebody who I absolutely have to share the cage with. This has to happen. This has to happen. And I’m telling you this bro, because when it does happen, it’s gonna be one of the best fights the people have ever seen.”

What is next for Jamahal Hill?

Whilst Jamahal Hill may well have his sights set on a future fight with Jiri Prochazka, he does have an opponent currently booked himself. ‘Sweet Dreams’ is set to headline an upcoming UFC Fight Night event, facing off against former title challenger Thiago Santos.

Hill is currently riding back-to-back first-round KO wins, having defeated both Johnny Walker and Jimmy Crute. Should he manage to overcome the No.6 ranked Santos, Hill will catapult himself right into the title picture at 205lbs. With the current champ, Glover Teixeira, stating that 2022 will be his last year competing in MMA, Hill may well find himself in his dream fight with Prochazka sooner rather than later.

How do you think Jamahal Hill would fare against Jiri Prochazka?