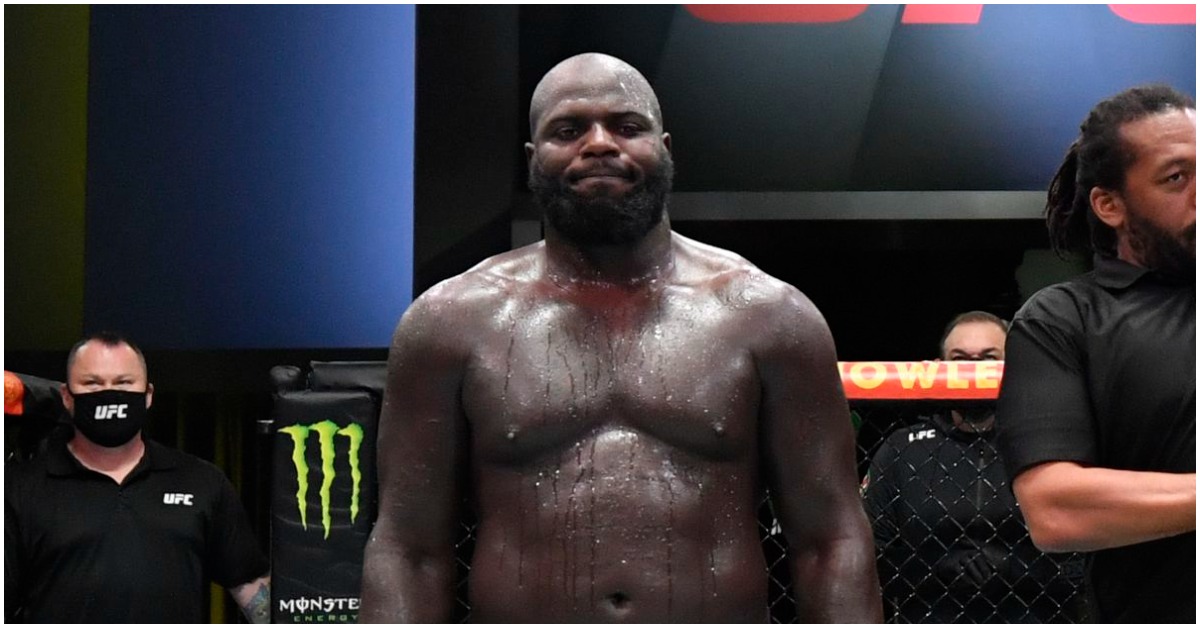 In the main event of UFC Vegas 56, imposing Rusian heavyweight Alexander Volkov was able to finish Jairzinho Rozenstruik in the first round. The stoppage has divided fans, with many saying that it was too early. Rozenstruik himself has now released a statement on the matter.

Taking to Twitter, ‘Bigi Boi’ released a two-part post where he revealed his dissatisfaction with how the fight was stopped, stating that he may have been in a bad situation but was far from being stopped. He had the following to say:

“Hi everyone. I’m kinda confused on how the fight went and I’m disappointed that it was stopped. It definitely was a troubling situation, but I was far from giving up the fight. Did someone lay flat on the ground with his eyes shut? That’s what we call a knockout.”

Rozenstruik also confirmed that he had no major damage and is planning to return tot he UFC octagon in the near future.

“Alexander and I basically just started exchanging some heavy strikes. The stuff you ‘all wanted to see! Big up to @AlexDragoVolkov for taking the fight. I’ve no noteable damage and I like to fight soon.”

Who could Jairzinho Rozenstruik face next?

Whilst Jairzinho Rozenstruik may have been dealt a blow to his career with this loss to Volkov, there are still many more options for the Surinense knockout-out artist. One potential opponent for ‘Bigi Boi’ would be Chris Daukaus, who is also coming off an unfortunate career halting loss.

Until recently, Daukaus was considered one of the top prospects in the division. However, after Curtis Blaydes knocked him out in emphatic fashion, Daukaus is in need of a big win to reignite his career.

Alternatively, Rozenstruik could look to Marcin Tybura, who is also coming off a loss to Volkov.

Who do you think Jairzinho Rozenstruik should face next?