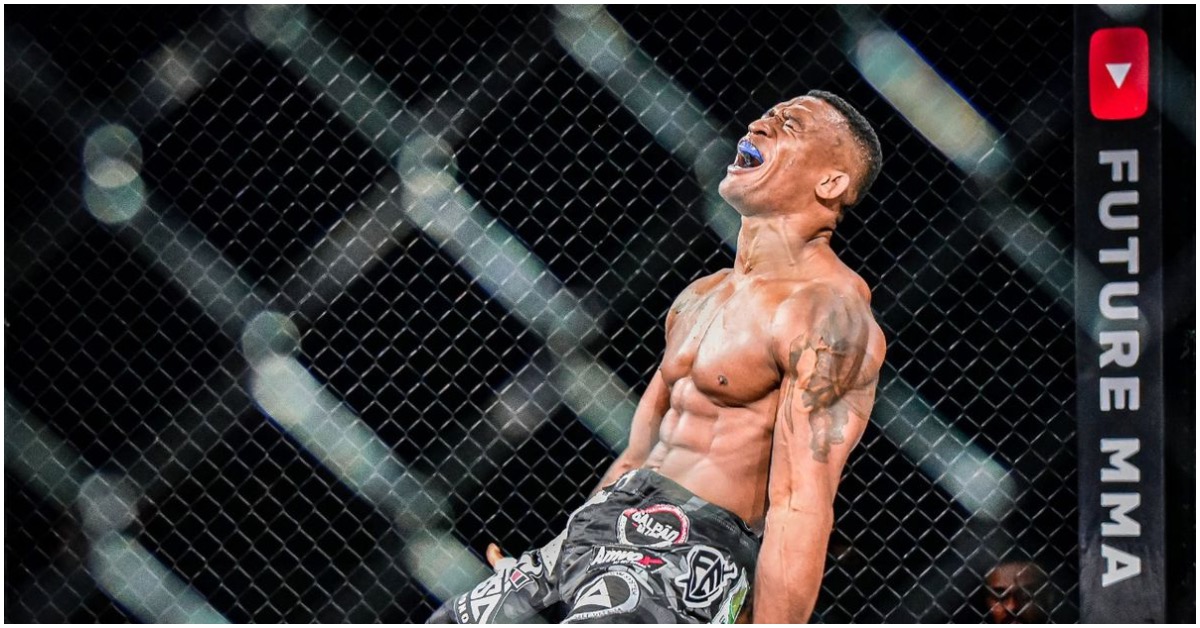 Almeida opened eyes once again with a win at UFC Vegas 47 over Danilo Marques by TKO due to ground and pound. Almeida also got a finish on DWCS when he was able to submit his opponent with a Rear Naked Choke. Almeida was supposed to fight at light heavyweight this Saturday at the Fight Night, but his opponent had to pull out last minute. To stay on the card, Almeida took a fight at heavyweight against Parker Porter.

“Mick Maynard offered us an opportunity at heavyweight against Parker Porter and since I want to be active, I decided to accept,”Almeida said. (Transcribed by Sherdog)

Almeida is following in Chimaev’s footsteps, as he is active in both the welterweight and the middleweight divisions. Chimaev is one of the most ruthless in the sport and has an attitude that says “I’ll fight anyone, anytime, anywhere”.

Jailton Almeida had said that he wanted to be the 205 pound divisions Khabib Nurmagomedov, but now he also wants to be like Khamzat Chimaev as well

“In our last interview I told you I want to be the Khabib of 205-pound division,” he said in an interview with Sherdog. “But I also want to be just like Chimaev, fighting in two divisions. The opportunity Maynard gave us was great to show I can be competitive in both divisions.”

He feels as if Porter is going to try and take him down, but he knows that will be no easy task for him, even with weight that Porter has on him. Almeida also claims to be going for a ‘Performance of the Night’ and will be looking for a knockout or a submission this Saturday.