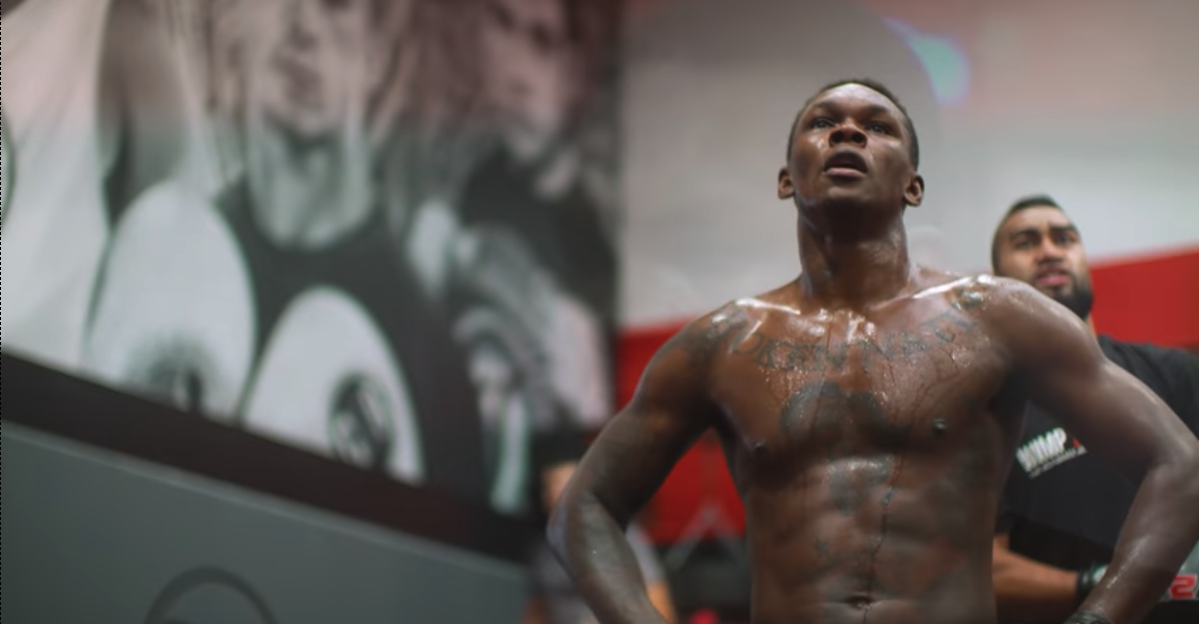 Ahead of his upcoming UFC 276 headliner on July 2. during International Fight Week, reigning middleweight champion, Israel Adesanya has shed some light on a brutal training regime as he prepares for his fifth attempted title defense – drawing the #2 ranked contender, Jared Cannonier.

Israel Adesanya, a staple of prominent outfit, City Kickboxing, under the tutelage of head coach, Eugene Bareman, is set for his second Octagon appearance of the year – following a successful title knockback against two-time opponent, Robert Whittaker in the main event of UFC 271 in February.

The victory came as Adesanya’s fourth successful defense of his undisputed middleweight crowns, having previously handed losses to the trio of Marvin Vettori, Paulo Costa, and promotional alum, Yoel Romero.

Sharing an insight into his preparations and priming for his T-Mobile Arena appearance next month, Adesanya posted the first episode of his training camp detail on his official YouTube channel.

Attacking the assault bike with City Kickboxing teammates in tandem, the Nigerian-Kiwi then utilized the heavy bags at the facility, before drilling a series of knee strikes as well as takedown defense.

Joined in camp by the likes of UFC features, Carlos Ulberg, Brad Riddell, Shane Young, and incoming interim flyweight title challenger, Kai Kara-France – Israel Adesanya also shared footage of himself preparing for a real estate investment, in the form of a massive mansion which is set for upcoming construction – with the help of his father, whom Adesanya gifted a matching Rolex watch.

Returning to the Bareman led facility, Adesanya and co practised suplex takedowns on a crash mat as well as takedown setups, lifts, and carries, as well as consistent takedown defense drills – with his family onlooking from the ring apron.

Earning his title shot against Adesanya off the back of a pair of impressive victories, Texan standout, Cannonier defeated common-foes, Kelvin Gastelum, as well as Derek Brunson – the most recent of which at UFC 271 in February, courtesy of a series of brutal second round ground elbows.