Max Rohskopf was in disbelief.

Prior to his scheduled promotional debut last October 1 at Bellator 286 in Long Beach, Rohskopf did what was required of him by the California State Athletic Commission. He submitted a new brain MRI because his old one was outdated; he even got another MRI two weeks before the event when the commission asked; and then the day before the bout, he made weight.

After putting in a full training camp, he was raring to go. But something happened.

“Immediately after weigh-ins, like an hour after I already weighed in, the commission told me I had to go get another MRI, and I had to pay out of pocket for it,” Rohskopf recently told MMA Junkie Radio. “It was a long ordeal to get that done. And then the doctor that checked out that MRI in California said I was fine. Someone at the commission, I don’t know who it was, said that I wasn’t fine and that there’s something weird on my MRI.”

As a result, Rohskopf was pulled from his lightweight fight with Mike Hamel because of what he said his doctor told him was an “abnormal blood vessel” in his brain “that has nothing to do with an injury.”

“I’ve probably had it since I was born,” Rohskopf.

Still, the CSAC took no chances and made him sit this one out. Rohskopf was devastated, but he also felt burned.

One day before Bellator 286 weigh-ins, the nation witnessed a scary site in a “Thursday Night Football” NFL game when Miami Dolphins quarterback Tua Tagovailoa suffered a traumatic brain injury when his head slammed on the turf while sacked by Cincinnati Bengals defensive tackle Josh Tupou. The immediate terrifying images of Tagovailoa laid out on his back with his fingers in a rigid fencing position and being taken off the field on a stretcher sparked an immediate national conversation about concussion protocol in the NFL. 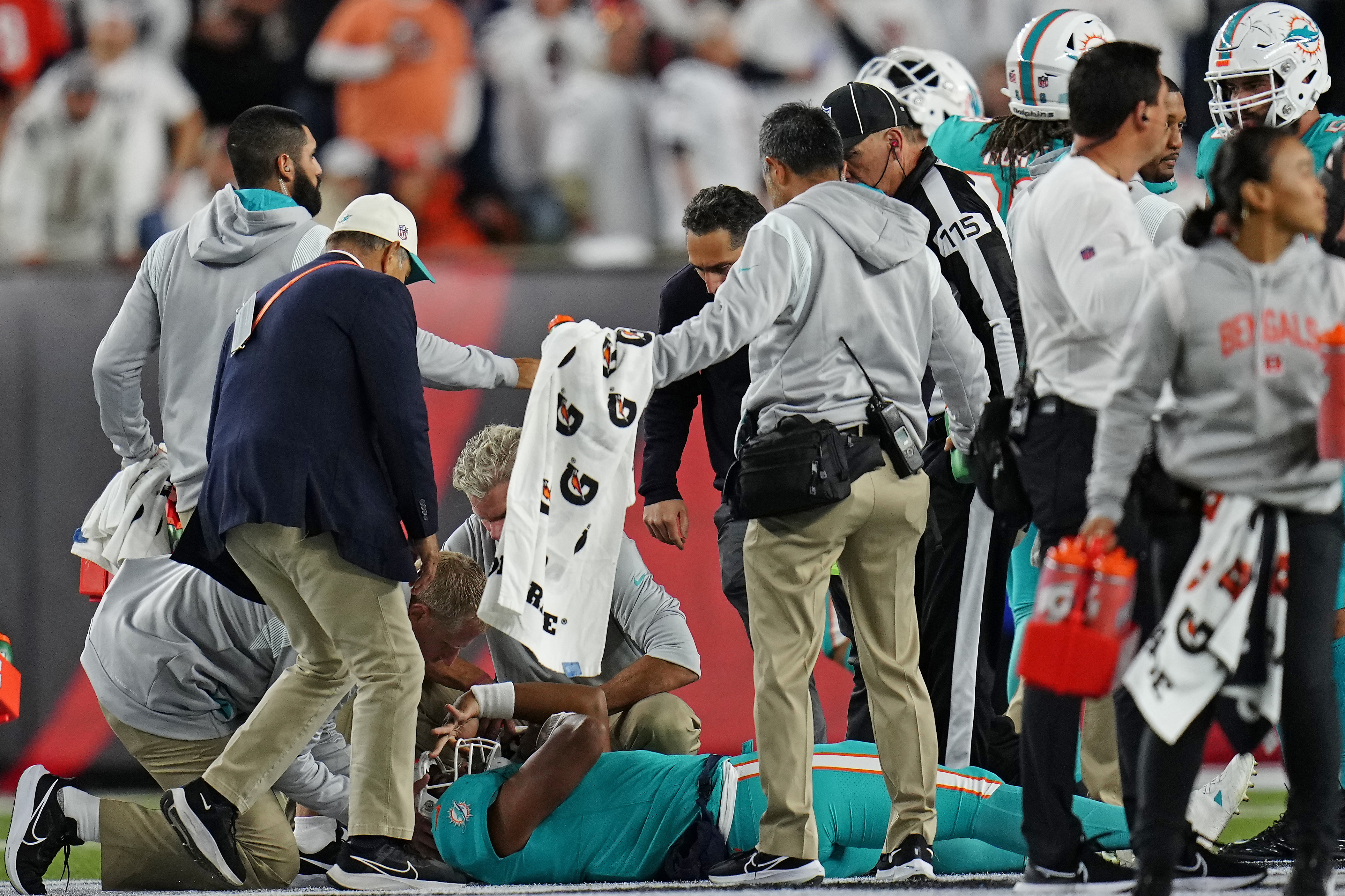 Rohskopf indicated the Tagovailoa situation influenced the CSAC’s decision, which frustrated him even more.

“A little bit after, they said something along the lines of, ‘We’re just trying to be careful because of what happened in the NFL’ the day before, which was Tua getting that concussion,” Rohskopf said. “When I heard that, I almost broke the TV in the hotel room. I was so mad. I’ve never even had like a headache or a migraine in my life. I’ve never been knocked unconscious, never had a concussion. I was pretty upset that they were pulling me.”

CSAC executive officer Andy Foster declined to comment on the situation when reached by MMA Junkie on Tuesday evening.

Rohskopf (7-1 MMA, 0-0 BMMA) is set to compete next week against Chris Gonzalez at Bellator 290 in Inglewood, Calif. As of six weeks before the Feb. 4 event date, Rohskopf said he was still medically suspended by the CSAC, but his management assured him he would be cleared.

Rohskopf, 28, was controversially released by the UFC after one short-notice fight against Austin Hubbard in which he retired on the stool in between rounds. He rebounded with back-to-back wins in 2021 with Cage Warriors – which both took place under the CSAC’s jurisdiction in San Diego – before signing a multifight contract with Bellator.

Rohskopf hopes Bellator 290 serves as a jumpstart to his career after he missed all of 2022 and has fought just eight times in five years. He said he hopes he can complete his contract by the end of the year, looking to rack up wins so he can get a new one.

For more on the card, visit MMA Junkie’s event hub for Bellator 290.