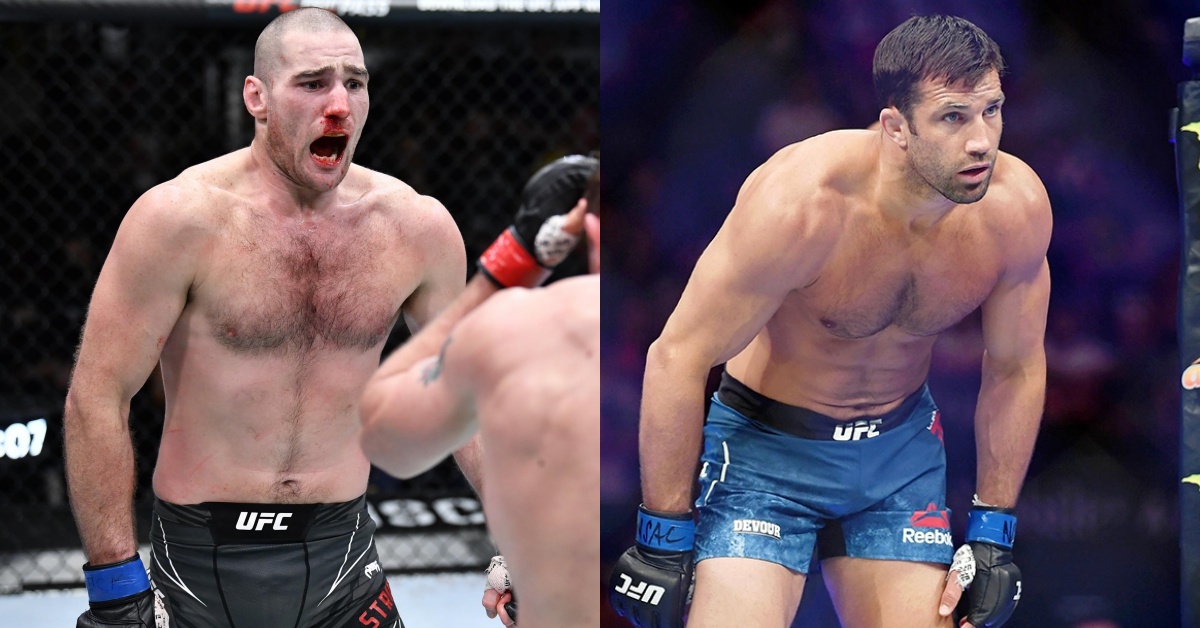 Strickland, the current #4 ranked middleweight contender, was scheduled to share the Octagon with former UFC and Strikeforce middleweight champion, Rockhold back in November at UFC 268 in a main card clash at Madison Square Garden, however, the latter was forced from the bout due to a back injury.

Slated to return on July 2. at UFC 276 during International Fight Week, the North Carolina striker is booked to fight former two-weight GLORY Kickboxing champion, Alex Pereira in a potential title-eliminator at 185lbs.

For Rockhold, the Santa Cruz veteran has been sidelined since the summer of 2019, where he dropped a second round knockout loss against former division titleholder, Jan Blachowicz.

Speaking on his dislike for his fellow contender, Stickland during a sit-down interview with former two-weight UFC champion, and teammate, Daniel Cormier – Rockhold claimed Strickland needed to be written off and supported paedophiles.

“I mean, he’s (Sean Strickland) out there supporting paedophiles,” Luke Rockhold. (He’s a) piece of crap. The guy needs to be written off.”

Sean Strickland speculates Luke Rockhold may be suffering from CTE

“How much brain damage has this man taken?” Sean Strickland said of Luke Rockhold on his official Instagram story. “So whenever Luke Rockhold first started running his mouth about me, it made me upset, because a lot of what he was saying was untrue. We trained, I almost knocked him out, there were witnesses. And this whole supporting paedophiles thing – he’s almost like detached from reality.”

“Then I’m starting to realize the guy is 40-years-old and he’s been knocked out how many times?” Sean Strickland said. “I mean, viciously knocked out. Probably has severe brain damage, maybe some CTE (Chronic Traumatic Encephalopathy) I don’t know, man. Maybe it’s time to hang up the gloves for good.”