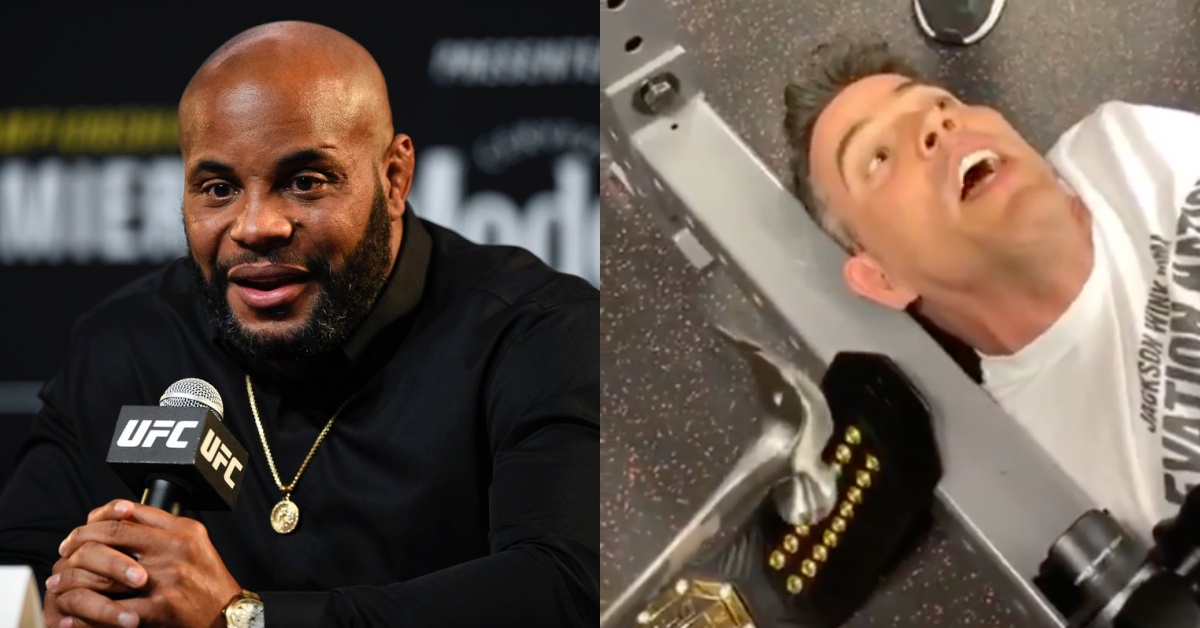 Former two-weight UFC champion, Daniel Cormier has described two-time opponent and former light heavyweight kingpin, Jon Jones as a “sick f*ck” – after stuntman and renowned Jackass star, Steve-O recounted an incident where the latter cut off a section of his ear with a scissors after a viral video they had filmed together.

Cormier a former undisputed light heavyweight and heavyweight champion under the UFC banner, retired from professional mixed martial arts back in August 2020 following a title challenge loss to Stipe Miocic.

Twice sharing the Octagon with his heated rival,jones during their respective UFC tenures, Cormier would unsuccessfully pry the title from the Rochester native, before an eventual head kick knockout loss in the pair’s rematch was overturned to an official ‘No Contest’ after Jones tested positive for banned substances.

Yet to feature in the Octagon himself since February 2020, Jones successfully defended his light heavyweight crown in a close, back-and-forth unanimous decision win against Dominick Reyes, however, would vacate the official title in August – with a view to securing a heavyweight division climb.

Still yet to make good on the move amid links to an eventual interim title offing against Ohio favorite, Miocic, Jones was recently the topic of conversation between the above mentioned, Cormier, and Steve-O – who recalled a 2020 video in which Jones attempted to give him cauliflower ear, before he would have to eventually trim the lug with a pair of scissors – after hitting the Jackass star’s ear with a nail hammer.

“He’s a sick f*ck,” Daniel Cormier said of Jon Jones. “I told you! I’ve always known he was a sick f*ck. He chopped off your ear! Oh my god.”