Goiti Yamauchi has long been a member of the Bellator roster, but perhaps never closer to a title opportunity than now.

The knockout topped off a dominant performance for Yamauchi, who stunned Gracie early in Round 1 before he resorted to his grappling. In Round 2, Yamauchi appeared a step ahead as well. He threatened both striking and grappling, a two-pronged attack Gracie struggled to figure out.

The knockout sequence began with a hard uppercut. As Gracie toppled to the canvas, a few follow-up shots rained down from Yamauchi, though the damage was done.

𝙃𝙖𝙣𝙙𝙨 𝙙𝙤𝙬𝙣 🤯@GoitiOfficial may have the most submissions in Bellator history, but that doesn’t mean he can’t hang on the feet!

Yamauchi, who made his promotional debut at Bellator 99 in September 2013, becomes the first to stop Neiman Gracie. He extends his winning streak to three and has won back-to-back fights at welterweight. Meanwhile, Gracie has lost back-to-back fights and three of his most recent four outings.

The up-to-the-minute Bellator 284 results include:

For more on the card, visit MMA Junkie’s event hub for Bellator 284. 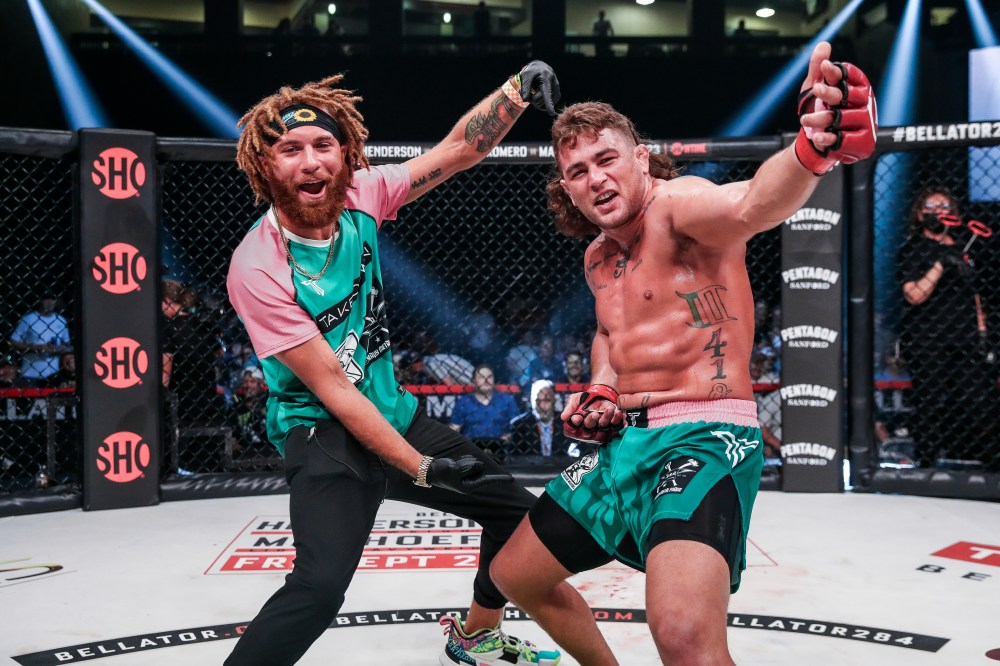