Israel Adesanya is five defenses deep into his undisputed middleweight title reign. And while he has a ways to go before he begins to challenge Anderson Silva’s ten title defense record, the pressure that comes with being a dominant champion is already mounting on ‘The Last Stylebender.’

One person who knows a little bit about the stresses of a long championship run is Georges St-Pierre, who was a two time welterweight champion and defended his title nine times between 2006 and 2013. That streak cemented him as a top G.O.A.T. contender, but it also did his head in to the point where he relinquished his belt and walked away from the sport for four years.

In a new video posted to Israel Adesanya’s YouTube channel, the two legends of the sport sat down over some fine dining to discuss the mentality of a champion, and the extreme pressure and criticisms that come with the title.

“I think that’s one of the reasons why you get so much touched with these criticisms,” St-Pierre told Adesanya. “It’s good that you use it as a fuel to motivate you because it gives you more energy to prove them wrong. But don’t pass the line of doing this. Balance is everything. That’s the thing.”

“It’s heavy, the crown, my friend,” he continued. “And it’s only the beginning for you [laughs]. Heavy, the crown. I’m honest with you, I like you, I’m telling you the truth, man. Nobody can understand, but it gets worse. And it add more weight to your shoulder every fight. Every fight is bigger and bigger, the criticisms are worse and the expectations are more and more.”

Georges St-Pierre finished off by sharing some advice with his younger colleague.

“Keep that fire, man,” he said. “Because this adventure can sometimes change you from the inside out and changes your brain, your center of gravity, and you don’t want that to change, especially not right now.” 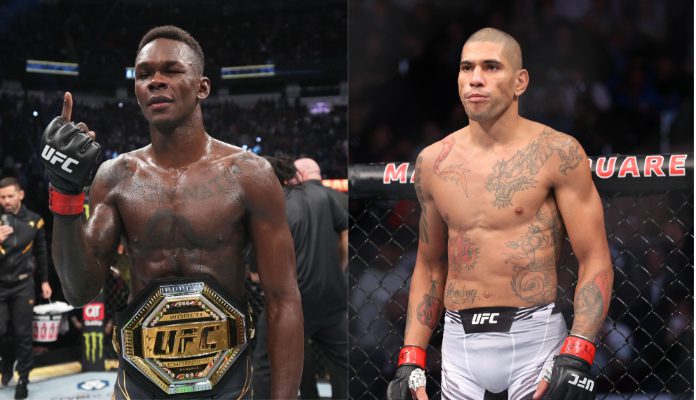 Israel Adesanya goes into his next 185 pound title defense at UFC 281 with a lot of pressure to put on a show. His last few fights against Marvin Vettori, Robert Whittaker, and Jared Cannonier were all relatively cautious affairs without the spectacular finishes that marked his first victory over Whittaker or his domination of Paulo Costa.

To add to the stakes, Adesanya is set to face Alex Pereira, who holds two victories over ‘The Last Stylebender’ in kickboxing. One of those was a nasty knockout win that ended Izzy’s days as a kickboxer.

How do you think Israel Adesanya will react to the added pressure when he faces Alex Pereira at UFC 281, PENN Nation? Let us know in the comments!