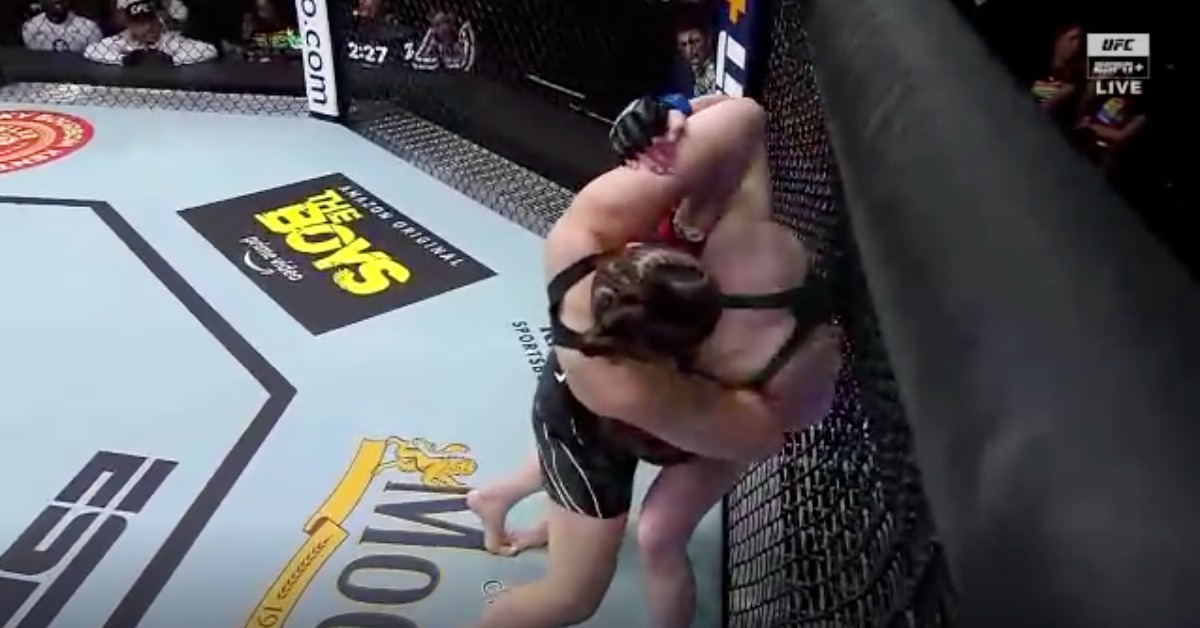 Blanchfield who managed to fell Aldrich to the canvas before the finishing sequence, immediately wrapped the neck of her opponent, and within seconds, transitioned to a high-elbow variation guillotine — forcing the tap.

Following the submission stoppage success for Blanchfield, the New Jersey native, who previously competed under the banner of the Shannon Knapp-led, Invicta FC — called out former title challenger, Jessica Eye, as well as the highly-touted prospect, Maycee Barber.

Below, catch the highlights from Erin Blanchfield’s submission win over JJ Aldrich