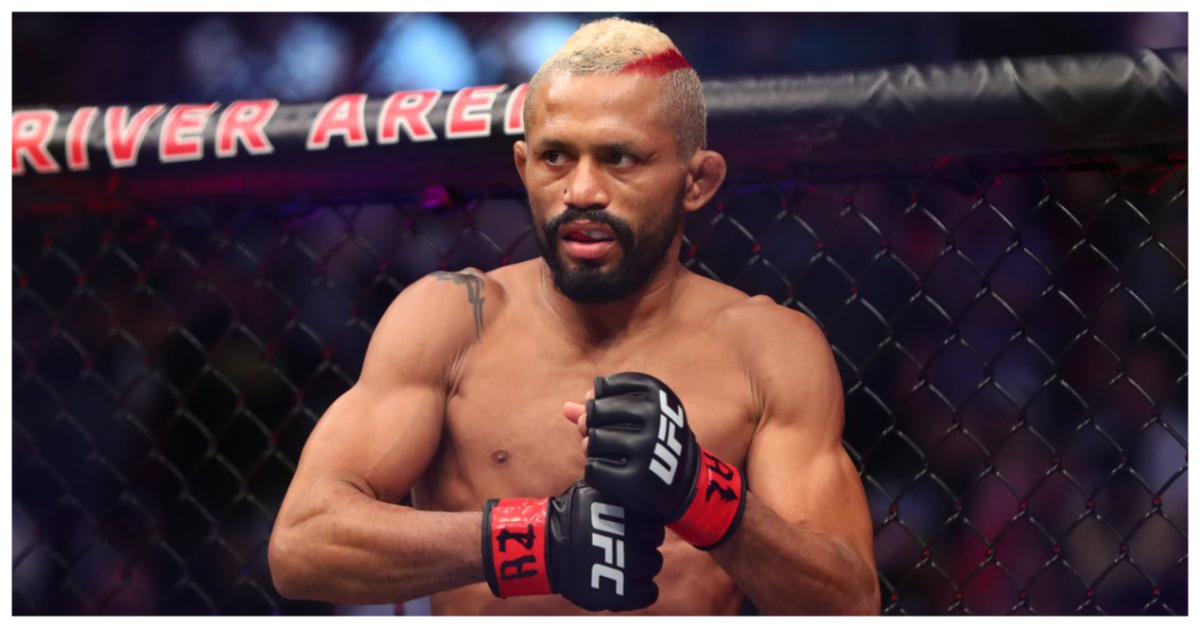 Deiveson Figueiredo has spoken out about the UFC booking an interim flyweight title bout between Brandon Moreno and Kai Kara-France at UFC 277.

Figueiredo is the current flyweight titleholder, having defeated Moreno in their trilogy bout earlier this year. However, he has now found himself on the sidelines after suffering injuries to both his hands. Rather than allow the 125lb division to stagnate, the UFC made the decision to book an interim title fight, between the aforementioned Brandon Moreno, and City Kickboxing prospect Kai Kara-France.

However, in a recent interview with Combate, Deiveson Figueiredo has discredited the belt’s legitimacy. He also revealed that he was not happy with the UFC’s choice to book an interim title fight.

“To me, it’s a plastic belt, it’s worthless,” states Figueiredo. “I’m the real title-holder. Like Charles Oliveira says, ‘The champion has a name’. It’s me, Deiveson Figueiredo. God of War. I’ll be attending that fight just to see that joke they’re making. This has got me a little upset with the UFC. I’ve always given them a show in my fights. I’ve always given them good things.”

Figueiredo also hinted the UFC’s reasoning for making an interim title bout may have been for finiancial reasons, rather than purely to keep the division active.

“I’ll keep saying this, be it against him (Moreno) or anyone else. I want to get paid well. I want a purse that makes me feel good. It doesn’t have to be a million dollars, but the UFC can pay me 600 thousand. There are many fights for me to choose from. I’m the champion. They’re going to try and to force me (to face Moreno), but there are other guys. It’s like I’ve been saying. If they pay me well enough, I’ll fight that racist jerk. It’s not a problem. He poses no threat. I know how to beat him. You saw it last time, I almost knocked him out. I almost finished him.” (h/t Bloody Elbow).

Deiveson Figueiredo gives his prediction for Moreno vs. Kara-France

Unfortuantly for Deiveson Figueiredo, whether he is happy about it or not, the interim title fight will take place. ‘Deus Da Guerra’ did have a solid prediction for the bout when asked, remarking that he beleives Kara-France will finish Moreno via knockout, a feat that Figueiredo failed the achieve in all three of his fights with ‘The Assasin Baby.’

Who do you see coming out on top in this interim flyweight title fight?