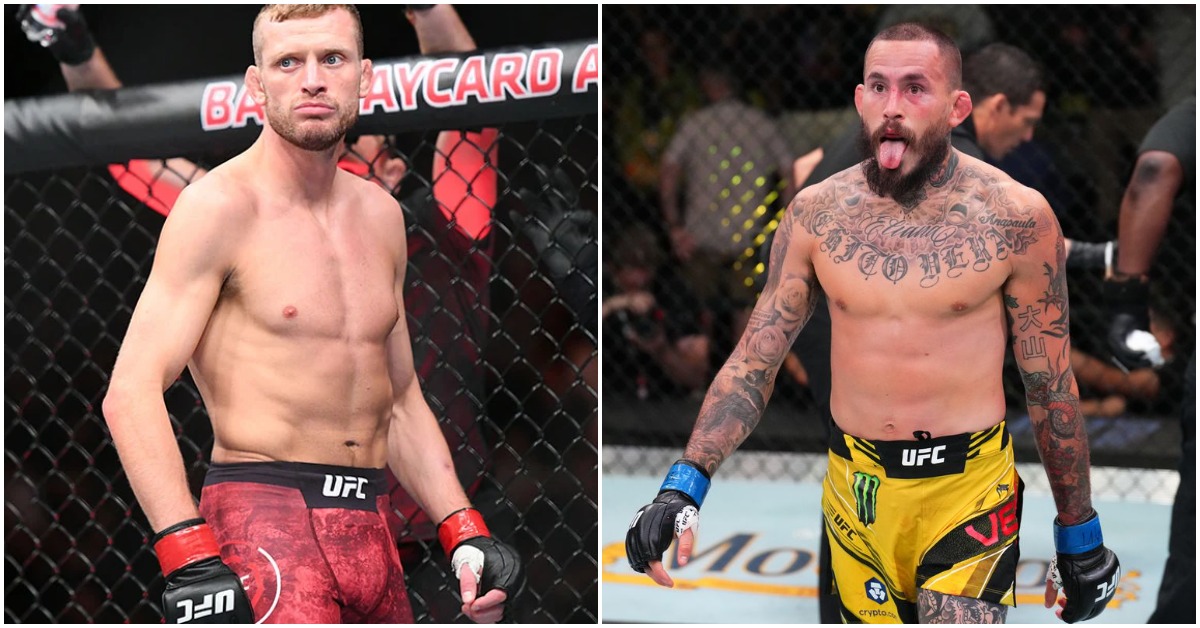 When Davey Grant steps into the Octagon at UFC Vegas 54, he hopes it will be the beginning of a winning streak that leads to a trilogy bout with Marlon ‘Chito’ Vera.

Grant (11-6-0) will be attempting to get back into the win column for the first time in over a year when he faces Louis Smolka on Saturday. When Grant and Vera first squared off, it was in February 2016, three years removed from Grant’s stint on season 18 of The Ultimate Fighter. Grant earned the victory via unanimous decision.

Fast forward five years, Grant and Vera would meet once again in June 2021. In the rematch, Vera would even the score with a unanimous decision win of his own.

While speaking with Mirror Fighting, Davey Grant expressed a desire to complete the trilogy, but recognizes that much work needs to be done to earn that opportunity.

“That would be great to go and get the rubber match on,” Grant said. “I beat him first time and then he won the rematch. I’m sure he would be up for it, the only thing is the trajectory of his career has gone up so much since we fought. I probably need to win my next three fights and one of those has to be against a guy ranked in the top ten in order for that fight to make sense again.

“From my point of view, I definitely want to get that on. I’m sure he would as it would be a big fight. The last one between us was a good fight, we’re one and one, it makes sense. I’m just going to try and work my way up to that.”

At 36 years old, Davey Grant recognizes that he is on the back-end of his combat sports career that started in 2008. Throughout his career, Grant has had his ups and downs, but has always valued being a “barnstormer” in the Octagon rather than a fighter who just wins fights.

Despite holding a record of 4-5 in the UFC, Grant has been a fan favorite for his balls-to-the-wall style of fighting. Fans no doubt would love to see a third meeting between Davey Grant and Marlon Vera, but ‘Dangerous’ has quite the hill to climb if he hopes to face the #5 ranked bantamweight in the world and it all starts with Louis Smolka on Saturday.