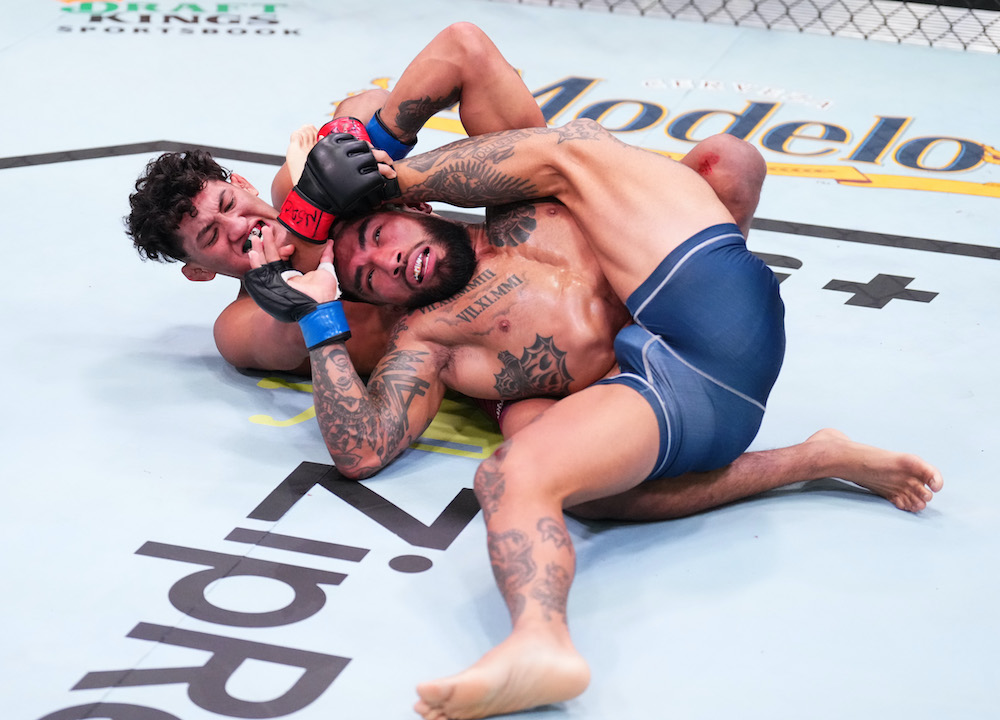 Summary: Setting the record for the youngest UFC signee is 17-year-old Raul Rosas Jr., who earns a solid B for out-grappling Mando Gutierrez to a decision.

Don’t let the grade fool you: I see a very high ceiling for Rosas and am incredibly excited for his future, but let’s try and be realistic rather than get swept up in the excitement that the teenage cage-fighter is (rightfully) feeling.

However, aside from still seeing very little of Rosas’ striking (he does fight at bantamweight, mind you), the young man’s inherent aggression and wildness appear to allow for some opportunities to either escape or reverse position.

Gutierrez didn’t seem to have sharp enough fight IQ to take advantage of the positions he was being given against Rosas, but the UFC’s insanely-deep bantamweight roster won’t likely be as forgiving. For that reason, I sincerely hope that they don’t book Rosas until next year, allowing ample time for the Mexican fighter to further develop.