Pyfer (10-2 MMA, 1-0 UFC), who was the lone fighter to earn a UFC contract on Dana White’s Contender Series 47 earlier this summer, opened up to White, and it paid off. Pyfer told him that he had nowhere to live, so White gave him enough money to pay for a year’s worth of rent, which Pyfer was very grateful for.

When asked why he did it, White said it’s not the first time he’s taken care of a fighter in this manner.

“I do a lot of things for a lot of people that I don’t necessarily talk about,” White told reporters at the DWCS 55 post-fight press conference. “Joe Pyfer, when I left the press conference that night, he told me he was about to be homeless. So, that ain’t gonna happen.”

During his UFC Fight Night 210 post-fight interview, Pyfer revealed the details of White helping him out.

“I told (Shelby) I need to talk to him, because I need to thank him, because he gave me a home for a year,” Pyfer said. “He gave me money on the side of Contender. And, really, that secured me being able to have a place to live for the next year, on the house of Dana. I think the guy gets sh*t on a lot for not being a good dude or, you know, whatever bullsh*t that people say sometimes. I don’t know any of the other stories, but as far as how he’s treated me, he’s treated me gracefully.

“He’s my boss, and I want to like him, I want to respect him, and I have all the respect in the world for him. So, to me, it means something to go shake my boss’ hand after I go to work for him.”

Pyfer lived up to the hype in his UFC debut, scoring a first-round TKO of Alen Amedovski this past Saturday at the UFC Apex. He earned a Performance of the Night bonus for his finish. 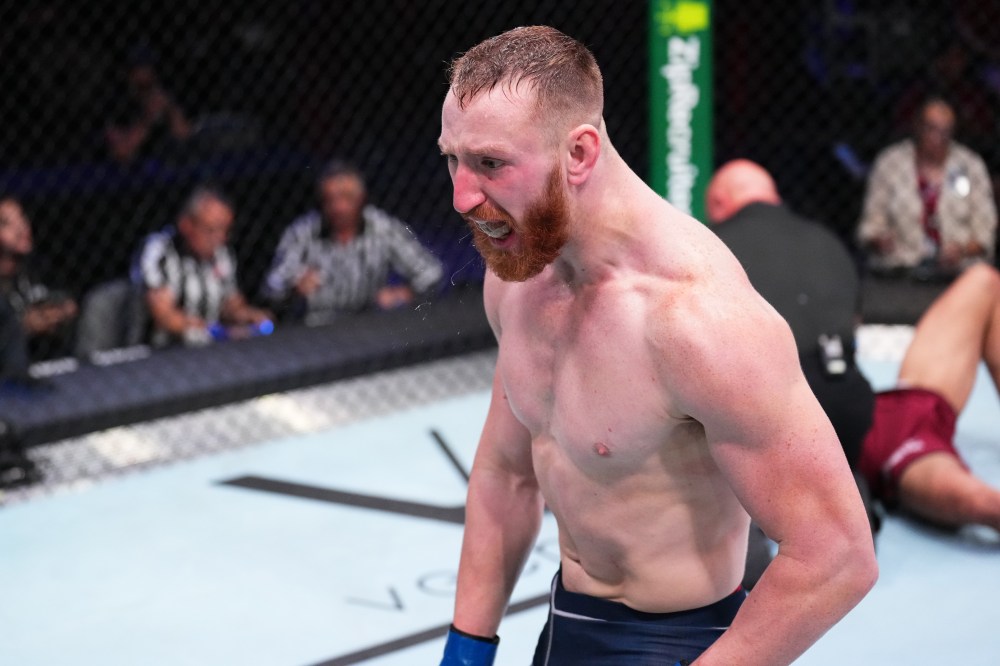