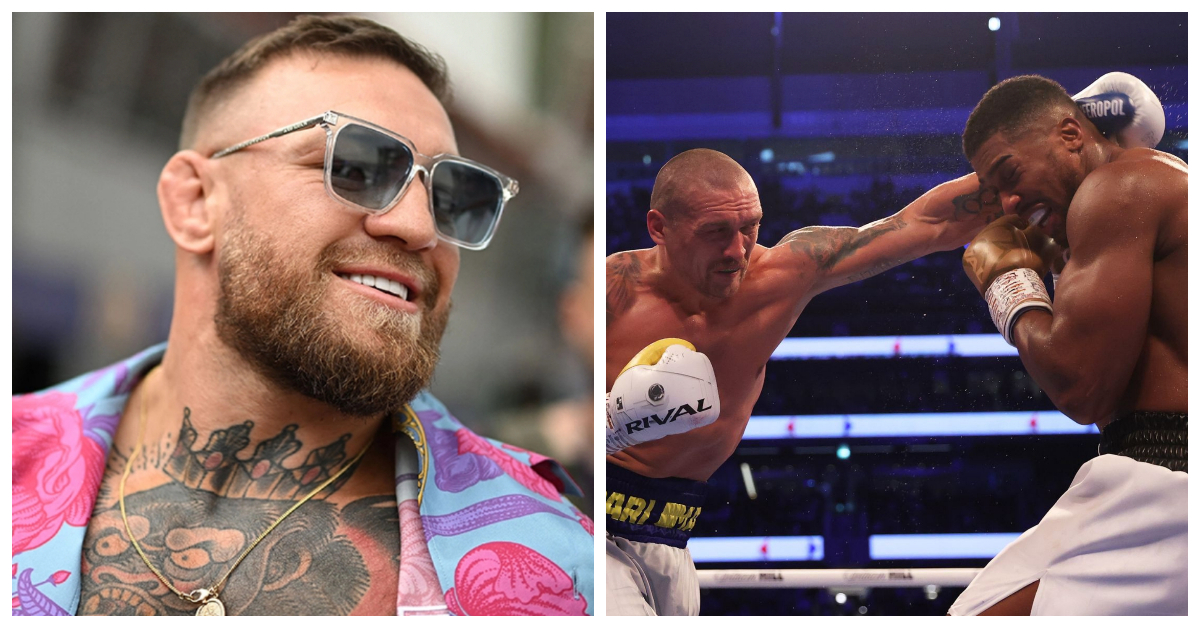 Conor McGregor finds it to be a tough test ahead for Anthony Joshua to win in his rematch against Oleksandr Usyk.

Their first encounter inside the ring took place last September, when Usyk outclassed Joshua for a unanimous decision victory. Continuing his undefeated run as a professional, Usyk unified the world championship belts after handing Joshua the second defeat of his career. Ahead of their rematch, Usyk had announced that he will fund relief in Ukraine by selling NFTs before the fight.

Talking to Sky Sports about his return to action, Conor McGregor weighed in on the immediate rematch that is expected to take place on July 23 in the Middle East.

“It didn’t go so well the last time. It’s a tough ask,” McGregor said. “AJ is a good guy and I wish him well. Usyk is a great guy as well and I hope for a good bout for both men. The heavyweight division is on fire at the minute. Good things are happening.”

‘The Notorious’ believes that the heavyweight division in boxing is in good health with exciting matchups ahead. While he acknowledged the Olympic gold medalist as a good person, it would seem like McGregor is not confident about Joshua securing a win over the Ukrainian.

After suffering a horrific leg break in his latest outing at UFC 264, Conor McGregor is currently swift in recovery from a fractured tibia and fibula. The Irish superstar is plotting his return to mixed martial arts slowly ramping up his training. He’s shared continuous updates with his fans and has already gotten back to working on the pads with punches.

“Boxing is my first love in combat sports. I had such a great time the last time I was out there,” he said. “Obviously, my return will be in the octagon for UFC – that story is far from over, in fact it’s just being written, it is just the beginning.

“But, boxing, for sure I will grace the squared circle again in the future.”

How do you think Conor McGregor would fare in a return to boxing?