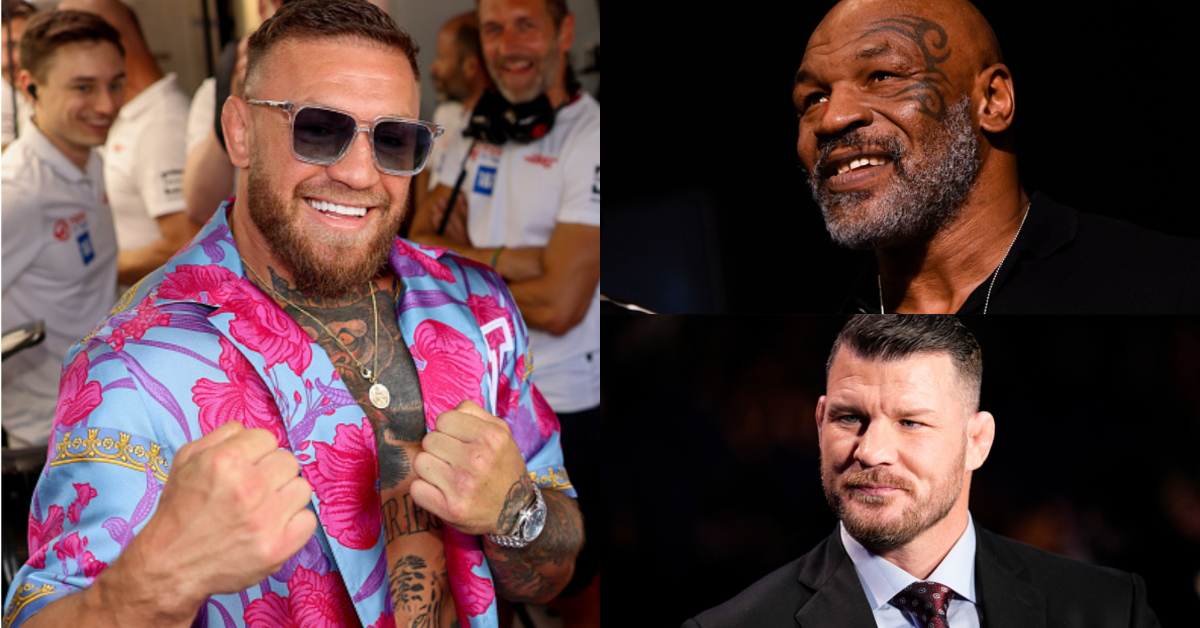 Everyone seems to have an opinion on who Conor McGregor should fight in his eagerly anticipated UFC return.

The last time we saw Conor McGregor in the Octagon, he broke his leg towards the end of the first round in his trilogy bout with rival Dustin Poirier at UFC 264. While McGregor has been busy recovering from the injury, he has stayed active on Twitter calling out the cream of UFC’s crop. Originally focusing his attention on Charles Oliveira following his lightweight title win at UFC 262, ‘Notorious’ has now turned his gaze to welterweight champion Kamaru Usman.

Knowing a thing or two about coming back from a devastating setback, boxing legend ‘Iron’ Mike Tyson believes McGregor should take a tune-up fight to reacclimate himself to the Octagon.

“I’m a strong believer that after a defeat, you should do a couple of fights to get your feet wet,” Tyson said speaking to Henry Cejudo on The Fight Card podcast. “Conor, I think you should build your confidence up and go do what you do: win excitingly,”

Tyson even believes that aiming for a return fight with Tony Ferguson may be a mistake for the former champ-champ.

“That’s a tough fight, man,” Tyson said. “He’s (Ferguson) a warrior, regardless if he loses. He makes exciting fights. It’s hard to beat that guy. I want no big-time guy, let him get three fights and build his confidence back up. Every fight the opponent goes to a higher level.”

While one can understand Tyson’s logic, one former UFC champion does not agree with that return strategy.

Michael Bisping Believes Conor McGregor Should Shoot For The Stars

Michael Bisping recently posted a video on his YouTube channel responding to Tyson’s comments that McGregor should play it safe upon returning.

“I understand what Mike [Tyson] is talking about there,” Bisping said. “However, the circumstances with McGregor right now – it’s a risky one. If he goes into a tune-up fight there’s no gimmes, there’s no guarantees in the fight game and if he loses to them, then it’s even worse if he was to go in let’s say against the champ, Charles Oliveira.

Bisping certainly makes a valid point. Nowadays in the fight game, the trajectory of careers has changed. What used to be about fighting your way to the top and staying there, has turned into a cash grab game of getting in and getting out with as much money as possible, win or lose. If McGregor takes a lower-level opponent, not only does he make less money, but he could do irreparable damage to his drawing power.

“If he loses to someone ranked down the pecking order, ranked five, six, seven, something like that, now it’s a very different conversation that’s taking place,” said Bisping “I think Conor should go for the biggest fight possible, in my humble opinion because we don’t know how many he’s got left.”

Going back to 2016, McGregor is 3-4 in his last seven bouts. After winning back-to-back bouts against Nate Diaz and Eddie Alvarez, McGregor dipped his toe into the boxing pool facing Floyd Mayweather Jr. After losing in his boxing debut, McGregor turned to the Octagon to face then lightweight champion Khabib Nurmagomedov. McGregor lost the bout via rear-naked choke submission but bounced back with a first-round knockout against Donald ‘Cowboy’ Cerrone at UFC 246. Since then, McGregor has dropped his last two against rival Dustin Poirier at UFC 257 and UFC 264.

Do you think Mike Tyson’s advice is the right way to go or do you believe McGregor should shoot for the stars as Michael Bisping suggests?