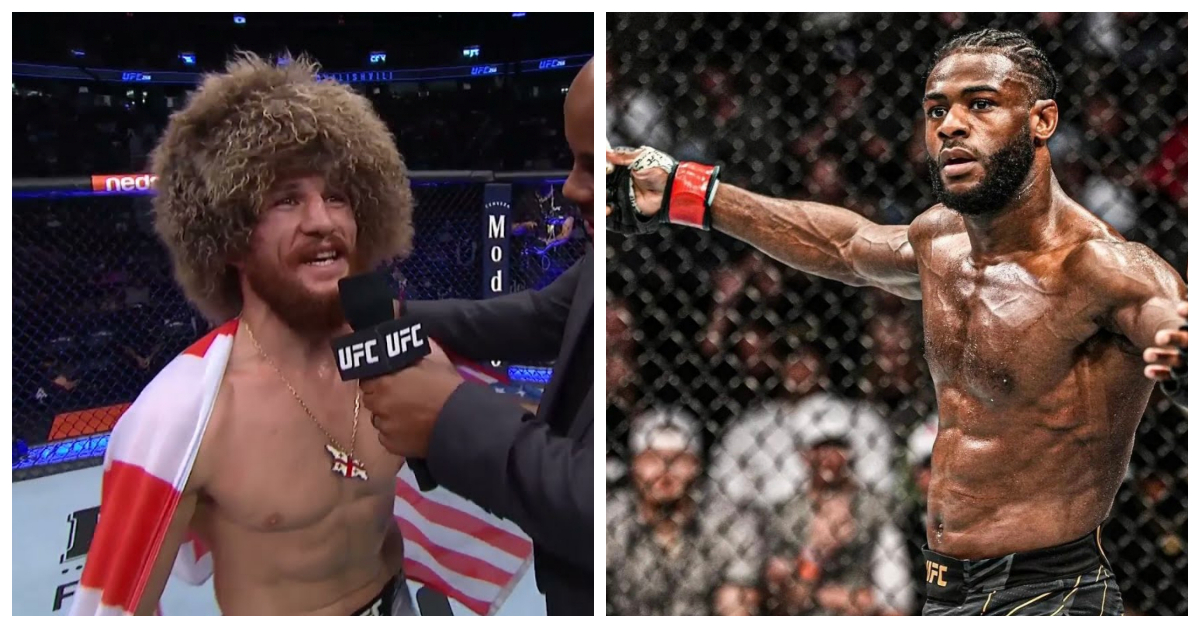 UFC bantamweight champion Aljamain Sterling is looking to go up a weight class to give Merab Dvalishvili a chance for the title.

Coming off an impressive win in his second outing against Petr Yan, Sterling proved many doubters wrong with a unanimous decision. While other contenders are getting back in the mix for title contention, no solid name has been finalized for the 135-lbs king. TJ Dillashaw has emerged as the forerunner for his next fight but Jose Aldo could be on the horizon as well.

According to Aljamain Sterling, moving up a weight class makes the most sense given his longtime teammate Merab Dvalishvili wins his next bout. ‘Funkmaster’ was interacting with his fans on Twitter when he declared Dvalishvili and himself to dominate the division ahead.

“When will people learn? Bring the smoke!! Pillashaw, Hank, Oldo, Chetr, keep doubting me! Making all your GOATs look “average” at best. Merab and I will dominate this weight class for years to come.”

When asked by a fan about the possibility of competing against his teammate, Sterling revealed his intentions to go up to 145-lbs once Dvalishvili wins his next fight.

“After Merab’s next win, I will probably have to move up, to allow him his chance that he earned, to make history for Georgia to win a world title. We will figure it out.”

Rise of Georgian talent in MMA

With a sport as globally connected as mixed martial arts, it’s always an exciting time to see fighters crop up from different parts of the world. From its infancy in Japan, the Vale Tudo days in Brazil, to finally reaching the West Coast of the US to work towards the UFC, MMA has come a long way.

There has been a recent surge in talent coming from the European nation of Georgia, with Giga Chikadze, and Ilya Topuria being the most well-recognized faces in the promotion. Dvalishvili adds to the list as he hopes to be the first champion in the UFC from the area.

Following an uneventful opening under the UFC banner that saw him drop his first two outings, Merab Dvalishvili has gone on to rack up seven straight wins including a finish against former title challenger Marlon Moraes in his latest bout.