Robert Whittaker likes his chances of reclaiming the UFC middleweight title from Alex Pereira better than he does Israel Adesanya.

Whittaker (24-6 MMA, 15-4 UFC) lost twice to Adesanya (23-2 MMA, 12-2 UFC) in title fights – once by knockout and once in a close decision. But now that Pereira dethroned Adesanya to become champion at UFC 281, Whittaker has a new target.

“I can say that I think Pereira is a better matchup for me than Israel just because of the way he stands and the way he likes to push forward,” Whittaker said at the UFC 284 press conference. “The way he likes to fight, I feel, gives me a better edge. But in saying that, did you see the size of the fella? Dude’s a giant. He’s an absolute giant, because I’ve been face-to-face with Israel, and it’s surprising to see.

“Israel’s pretty big. He looks tall and lanky, but he’s actually a big dude, and then you see Pereira up against him and just his facial features are bigger. His feet and hands and forearms are massive. Who let this guy in? But still, I think I can take him.”

Whittaker first has to get past Paulo Costa (14-2 MMA, 6-2 UFC) on Feb. 11 at UFC 284 in Perth, Australia. Being down 0-2 against Adesanya, a win over Costa might have increased Whittaker’s chances for a title shot, but the former champ didn’t find himself gloating when Adesanya lost.

“I wanted to come out here and just be like haha, but for one, Izzy’s growing on me,” Whittaker said. “For whatever reason, I think the amount of research and stuff that I’ve done into him has made me actually start to like him. But two, it was such a stellar performance. I would be belittling it trying to take any jabs at it. I think it was a stellar performance between two super high-level athletes and they should both be proud of themselves.” 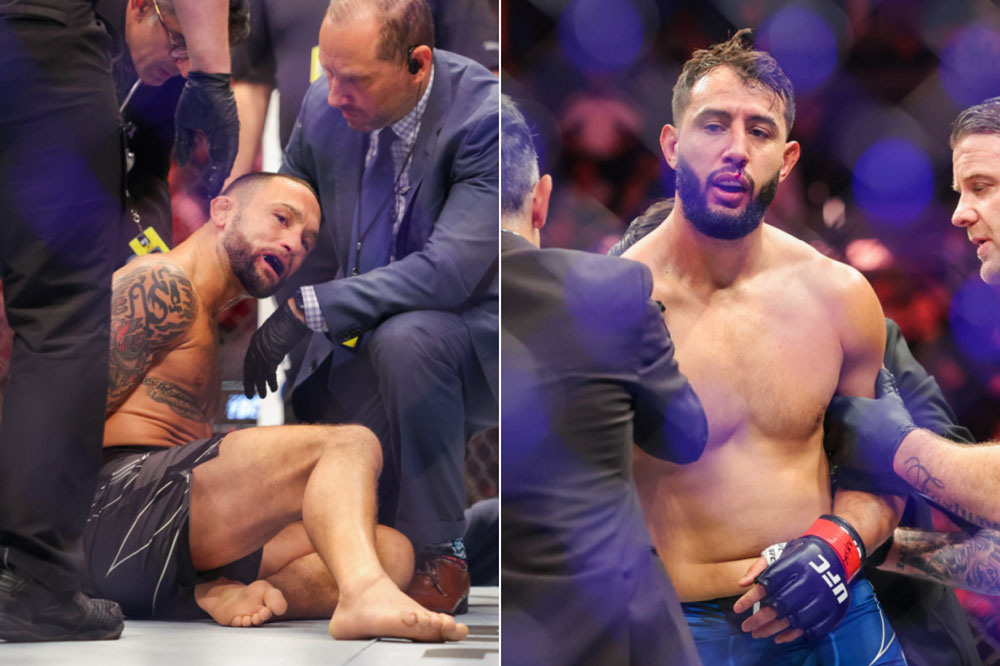