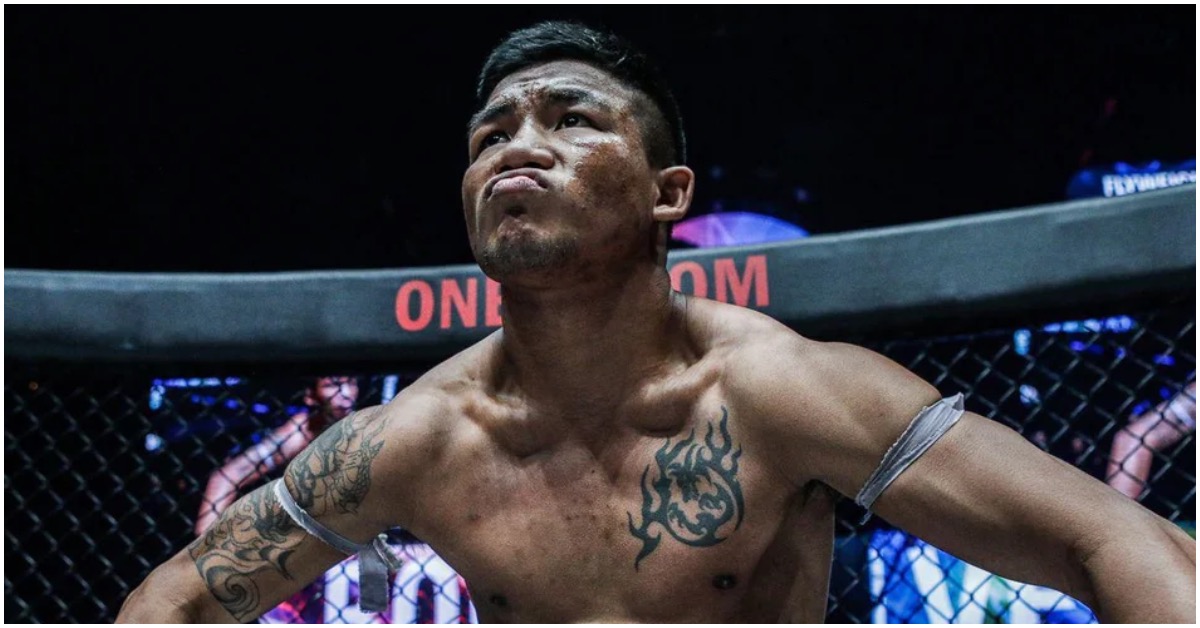 The ONE Championship’s Flyweight champion, Rodtang Jitmuangnon has recently hinted at a slight career change with a move to mixed martial arts, ahead of the ONE’s flyweight Muay Thai Grand Prix this Friday.

Whilst only 24 years old, Rodtang has already asserted his dominance as the ‘Muay Thai King’ within four years of competition under the promotion.

The Muay Thai fighter’s 125ibs title won’t be up for grabs at the ONE Championship’s eight-man tournament this Friday, however, he believes there will be fewer challenges left if he was to win the event.

If the ‘Iron Man’ was to win the Grand Prix at ONE 157, Rodtang has stated in an interview with ‘South China Morning Post’ that he would be open to seeking out other challenges within the combat sports world. Kickboxing and MMA are among his preferred choices.

“If I became the world Grand Prix champion, nobody in my division can come to challenge me for my Muay Thai title at the moment, so maybe I would like to have a kick-boxing challenge for the kick-boxing world title,” he announced. “If I also gain this championship, I think I will fully go to MMA, for sure.” (Transcribed by South China Morning Post)

Rodtang’s arrival to the mixed martial arts scene could be sooner than many think. Despite not having a kickboxing belt, the Thai is already ranked No.1 in ONE’s flyweight kickboxing rankings, sitting one below champion Ilias Ennachachi.

Although Rodtang Jitmuangnon’s switch to MMA might be on the cards for the near future, with no professional MMA bouts under his belt the transition might be the key factor in it all coming together for Rodtang.

Albeit, Rodtang has never registered in a professional MMA fight, nonetheless, he got to have a taster of what the sport is like when facing off against former UFC Flyweight Champion Demetrious Johnson in a hybrid fight at ONE X in Singapore last March.

The showing displayed that despite the Thai’s prominent Muay Thai striking, he is still very new to the ground aspect of the sport.

Before Rodtang can return to kickboxing or make the bold jump into MMA, he will need to get through the flyweight Muay Thai Grand Prix, starting with his first-round match-up against Briton Jacob Smith.

Do you think Rodtang Jitmuangnon will move to MMA?